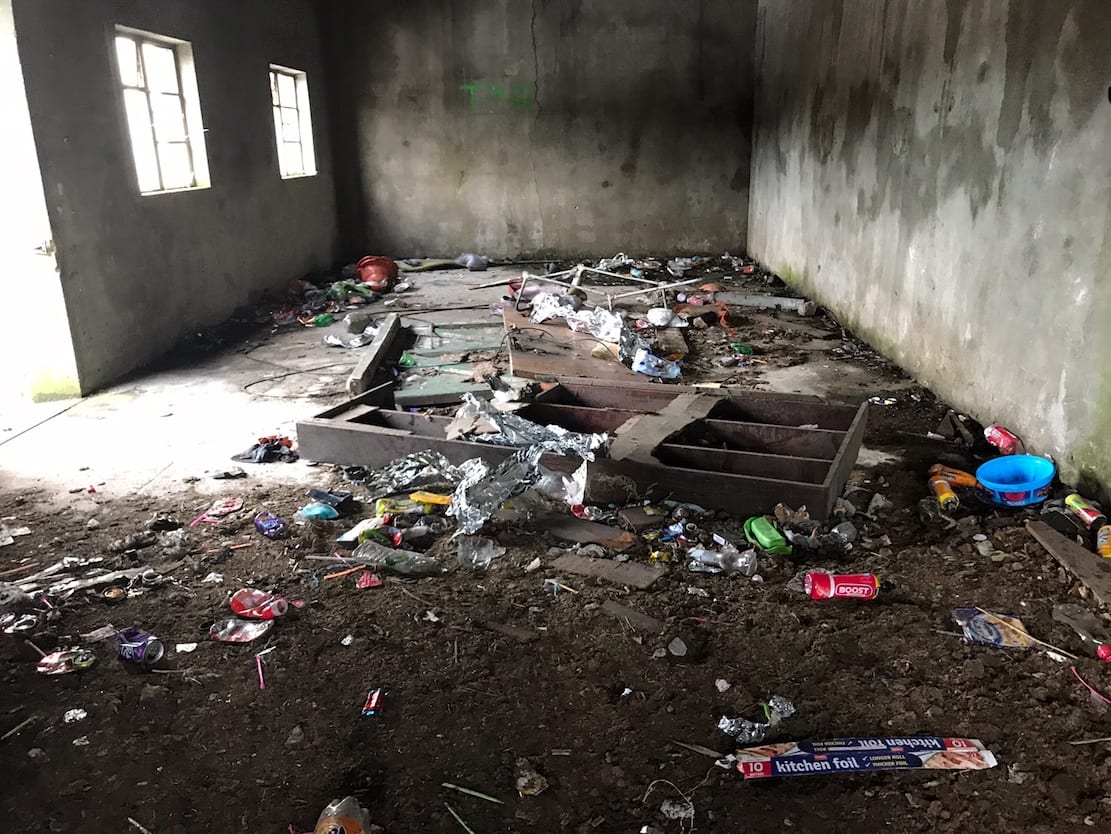 St Mary’s Community Hall was a huge part of the social scene for generations growing up in Portadown.

Now it is more of an anti-social scene!

Armagh I reported in January local concerns that the hall and neighbouring parochial house were being used for underage drinking, drug and sex parties.

It is a far cry from its hey-dey when the venue attracted world famous singers and entertainers like Adam Faith and Jim Reeves, which would have been unheard of before.

Opened 60 years ago by Cardinal Dalton, it has served many purposes.

Ballroom dancing, top class singers and even a cinema – these were just some of the highlights which the community hall could boast over the years.

But like ‘Gentleman Jim’s’ drums those memories are sadly now all too distant!

For when it closed a downward spiral saw it become a hotbed for anti-social elements.

SDLP representative John Creaney shared pictures earlier this year and described the “nightmare” being experienced by neighbours and other residents in the locale, who were “desperate for a solution”.

He told Armagh I at the time: “I went up and investigated the site myself and it’s a disgrace. It’s hard to describe; there were empty drug packets, sick buckets, graffiti and even syringes.

“It’s a drink and drugs den at the weekend and residents says that spills out with large elements anti-social behaviour, with kids staying, at the site until 2-3am, many of whom end up fighting.”

But all that could be about to change as the entire site has been earmarked for a new use.

A housing development is in the pipeline at Obins Street, with proposals having already been drawn up.

It had previously been advertised for sale as prime “residential land” within Portadown town centre.

It has been bought with that in mind and a mix of properties is expected to be built.

Brookland Enterprises, based at Kilmore, near Richhill, is seeking approval for plans from Armagh City, Banbridge and Craigavon Borough Council.

It hopes to build 22 properties across the entire site.

This would comprise a total of 10 townhouses, as well as five pairs of semi-detached homes and two detached houses. The proposals also include landscaping.

The planning application is due to be publicly advertised next week and a decision expected later in the year.