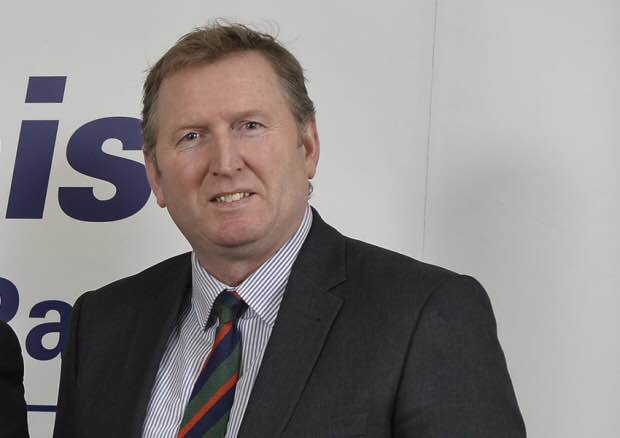 Newly-elected Ulster Unionist MLA Doug Beattie MC has thanked all those who supported his family in their time of need after the tragic death of his 15-month-old grandson.

And he has expressed his gratitude to all who helped in his election campaign – pledging now to work for the interests of all in his constituency.

The new Upper Bann Assemblyman missed the election count in Banbridge when he was returned as one of two party representatives in the constituency.

Mr Beattie had been attending the funeral of his grandson, Cameron Tindale, who died the morning before the election took place.

The local councillor and war hero did not make a statement until after the polls had closed on the Thursdy evening.

Now he has thanked everyone who has supported he and his family and contributed to a successful election campaign.

In a statement, the new Assemblyman Beattie said: “The poet John Donne said ‘No man is an island’ and it is true that in politics success does not come from one’s own endeavours. They are brought about by working as part of a team with shared goals and collective belief.

“It is therefore important that now the dust has settled on the Assembly elections I take time to thank those who helped, believed and supported me over what became a difficult campaign and family tragedy.

“In particular I must thank Julie Flaherty my campaign manager as well as Alderman Hatch who supported the campaign with much needed advice and experience. I must also thank Jo-Anne Dobson MLA for her guidance and support as well as Kyle Savage whose tenacity was inspirational.

“However, by far the most important people to thank are the Upper Bann electorate who voted for me and even those who didn’t but gave me space to promote my views and hopes for a progressive Northern Ireland of the future. Without their support I would not have been elected and I am humbled now to be given the opportunity to represent all the people of Upper Bann.

“I must also thank those who sent their condolences after the loss of my beautiful grandson Cameron. Your voices gave my family hope in times of loss, compassion where there was tragedy and support when we were at our most vulnerable – thank you.

“It is now time to get to work, to promote Upper Bann, it’s people, businesses and future. I will do so to the best of my ability while maintaining the core values and standards that have remained with me.

“I look forward to working with you all in the months and years to come.”