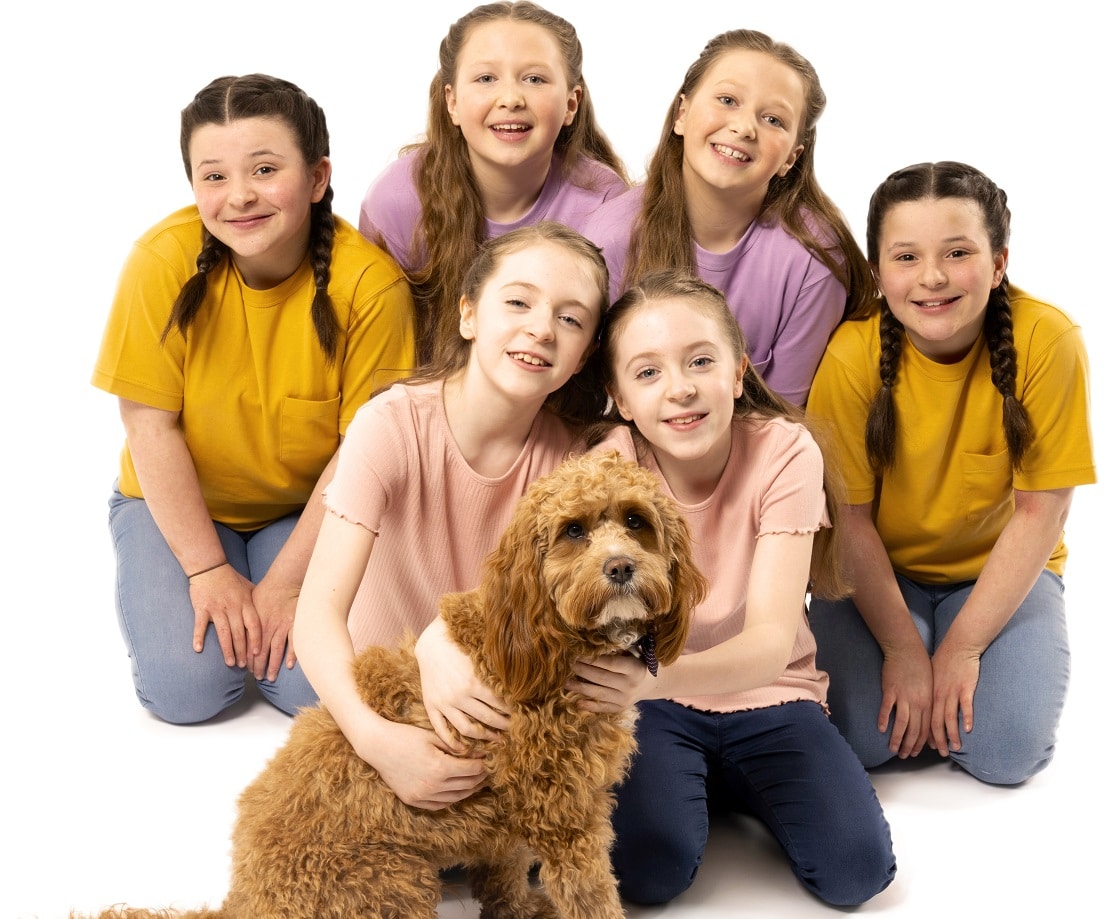 A set of identical twins from Portadown have bagged the leading role in the world premiere of a musical after being selected from more than 80 pairs of hopefuls.

Eleven-year-old Kyla and Nicole Fox have been cast as characters Lottie and Lisa in Identical – the musical adaptation of Disney film The Parent Trap.

It is being directed by Olivier and Tony award-winning Sir Trevor Nunn who is responsible for hit shows including Les Miserables, Starlight Express, Cats and Sunset Boulevard.

The show tells the story of twin girls separated at birth but reunited by chance at a summer camp 10 years later, who attempt to rejoin their divorced parents by swapping identities.

Kyla and Nicole, who are P7 pupils at Portadown Integrated PS, are already known as talented singers.

During lockdown in 2020, they wrote and performed their own songs and an accompanying video was widely viewed on social media.

Mum Paula Fox said the girls are “very excited” about the show.

“We were pleasantly surprised when they were chosen because this search was UK-wide,” she said.

“Although we had known they had talent, there was still a lot of competition there. It’s nice someone from Northern Ireland will be representing our country.”

The twins first started learning musical theatre and drama five years ago and are pupils of Portadown-based Keegan Company Performance (KCP), as well as being on the books of the Rising Talent acting agency.

Rehearsals start on June 6, which means the twins will be spending a lot of time in England over the summer, where they will have chaperones to look after them.

“It will be a big commitment but they can’t wait,” said Paula. “They love to sing together so this will be great for them.”

The girls hail from a musical family. Kyla plays the guitar and Nicole the piano while younger sister Abbie plays the drums.

Paula also “does a bit of singing” herself as does her dad, Michael Briggs.

The girls had initially sent in an audition tape two years ago but because of Covid, casting was delayed. However, after a Zoom audition in January, they attended a face-to-face audition in February where they were successful.

They will alternate the roles with two other sets of twins, Emme and Eden Patrick and Sienna and Savannah Robinson, from England.

“They are bubbly and outgoing and very sociable and they like to entertain people. They have a lot of family support so everyone is really proud of them,” said Paula.

“They are getting to work all these people who are so well thought of in the industry, like Sir Trevor Nunn. You would never have dreamt they would be working with him.”

Pam Cassells-Totton, of the Rising Talent agency, said it was an “incredible opportunity”.

“To work with such a prestigious team of industry professionals will be an experience of a lifetime,” she said.

“To see the girls perform and sing together is very special, so this show is absolutely perfect for them.”

Identical will open at Nottingham Playhouse on July 26 and run until August 14 before moving to Salford’s The Lowry on August 19 to September 3.