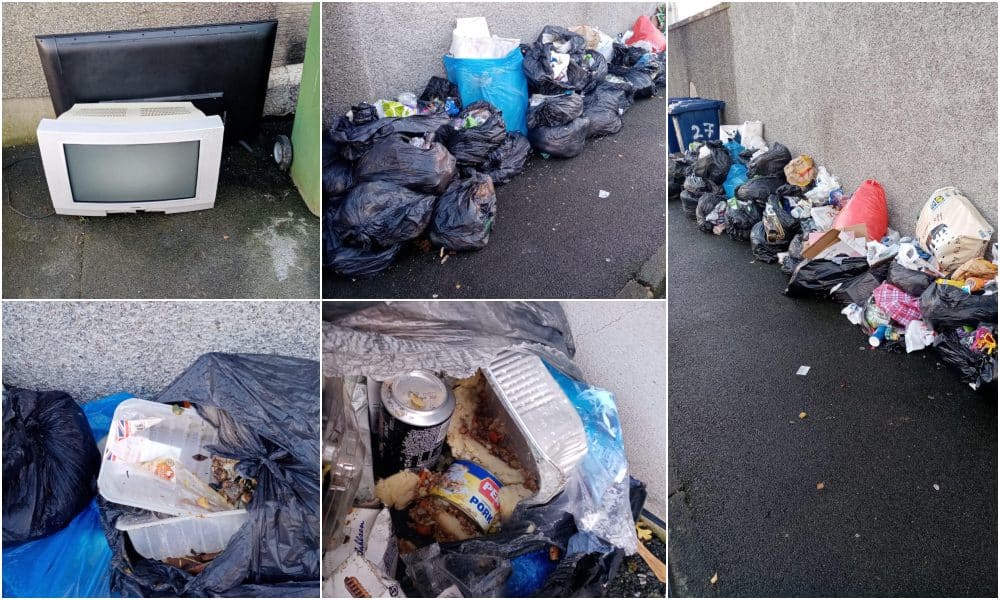 This was the scene which greeted anyone who had the misfortune of walking along Queen Street in Portadown over the last few days.

You could be forgiven for thinking we had jumped back in time, to a period during the summer when the borough was plagued with rubbish, given the almost two-month long industrial action residents endured.

But no, this is in spite of a full resolution and amenity sites in full operation – and Duke Street is a mere five minute walk.

Upper Bann MP, Carla Lockhart has hit out at those responsible for leaving dozens of bags of black bin baks, and even some large electrical goods on the street.

Some of the bags have been ripped open, exposing empty meat containers and rotting food.

“Names have been obtained from the bags and fines will be issued,” Ms Lockhart stated on a social media post.

“All bags and rubbish will be cleared, all being well, tomorrow. Fly-tipping is just totally unacceptable, disgusting and a real health hazard. Time to get tougher in fines and in reporting offenders to Council.”