Covid prompted Owen to make a move – and now he’s helping others as property demand rises! 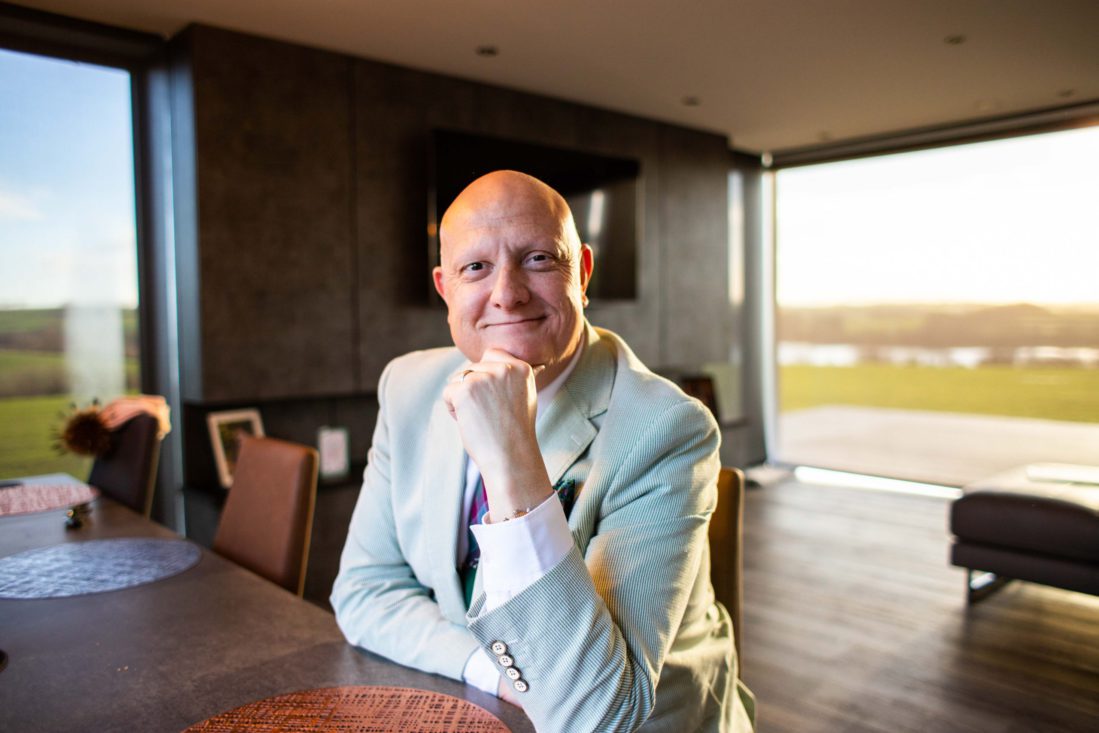 A popular Co Armagh estate agent says the pandemic prompted him to “make his move” in going it alone and now he is helping others do the same.

When it comes to property, Owen Matchett really is a household name, and in January the flamboyant Portadown man took the plunge in setting up on his own, under the name ‘The Agent’.

Speaking to Armagh I, Owen said that in his 31 years working in the property sector he has never been as busy….but he isn’t complaining.

“I am working Monday through Saturday, often 12 hour shifts without even a moment to grab a bite to eat. That is how phenomenal the market is at the moment,” he enthused.

Owen explained that the pandemic prompted him to the make his move and now he is making people consider doing the same.

“I made my move which was such a massive thing professionally. I was at home last year for three months, spending quality time with my wife and out Furbabies.

“I know it was a terrible time for a lot of people but I had never experienced that length of time off, working from I was 17, and we were absolutely spoiled rotten with the weather.”

Upon returning to the High Street, Owen commented: “I just sort of thought ‘this isn’t for me anymore'”.

He began working from his kitchen table for the first two and a half months, before moving to a studio office in his back garden.

However, he believes that not having a High Street office has benefited him greatly with him being able to sell property further afield including Newry, Dromore, Lisburn and Ballynahinch.

“I most definitely am not one of these online estate agents that will cut back and cost. I’m still offering more because I’m more focused on your property and you don’t get the distractions that you would get on the high street.”

Owen admitted that with the pandemic and restrictions still in place it may have been an odd time to go it alone.

He said: “You are never really sure when opening a new business but you would like to hope that your reputation would follow you.

“But I never take anything for granted and I am just happy to say people have warmed to our very different approach.”

With a market, which by his own admission is saturated with real estate agencies, Owen said that one thing that is essential is standing out.

“For example, the board is what grabs attention immediately whether you like it or not.”

Owen’s purple boards are certainly eye catching, with a painting of himself done by local artist Dean Kane – aka Visual Waste- who was also responsible for the Armagh GAA mural at Callanbridge.

He said: “I am not from a big business background, I am always very proud of that. My mother and father were farmers. That is why I try to keep it real and I know if they were still alive they would be very proud of what I have done.

Owen prides himself in being personable with both the seller and buyer; he believes that the husband-wife team element of his business has also appealed to customers.

Also looking forward, he believes that his branding is something that strikes a chord with the buyers of the future.

He stated: “I have teenagers saying to me that they love the branding, they love the social media and even some people saying that the content brings a smile to their face, which is so nice.

“Parents getting their children to count the pictures of the purple man. Younger people are your future business; they are not interested in corporate because, in a nutshell, corporate, in their eyes, it is incredibly boring.”

Talking about the current property market, Owen stated: “I have never seen it as busy, prices are rising but not at the astronomical rates they were in the boom times because if they were we really would be in trouble.”

According to him, the main reason for this is simply that there is a large demand for property.

Owen said: “You can talk about low percentages and yes there’s the stamp duty holiday which is beneficiary, but it most definitely is not the be all and end all in relation to people buying houses.

“People would still be moving people, the reason being is, quite simply, because the COVID has been such a rough year.”

He explained that those who have been lucky enough to remain in employment have had the opportunity to save with no expensive holidays or other luxuries to spend money on.

“There are a couple of things they are doing with this, buying new cars, upgrading their homes or moving. People are just fed up, they want a massive change and the biggest change you can make is moving home.”

One growing trend which Owen has spotted is that many people who currently live in housing developments are looking to move to country homes.

He said: “I think they have been looking out at the development and want to get out. Percentage wise the price of houses in the country has gone up the most.