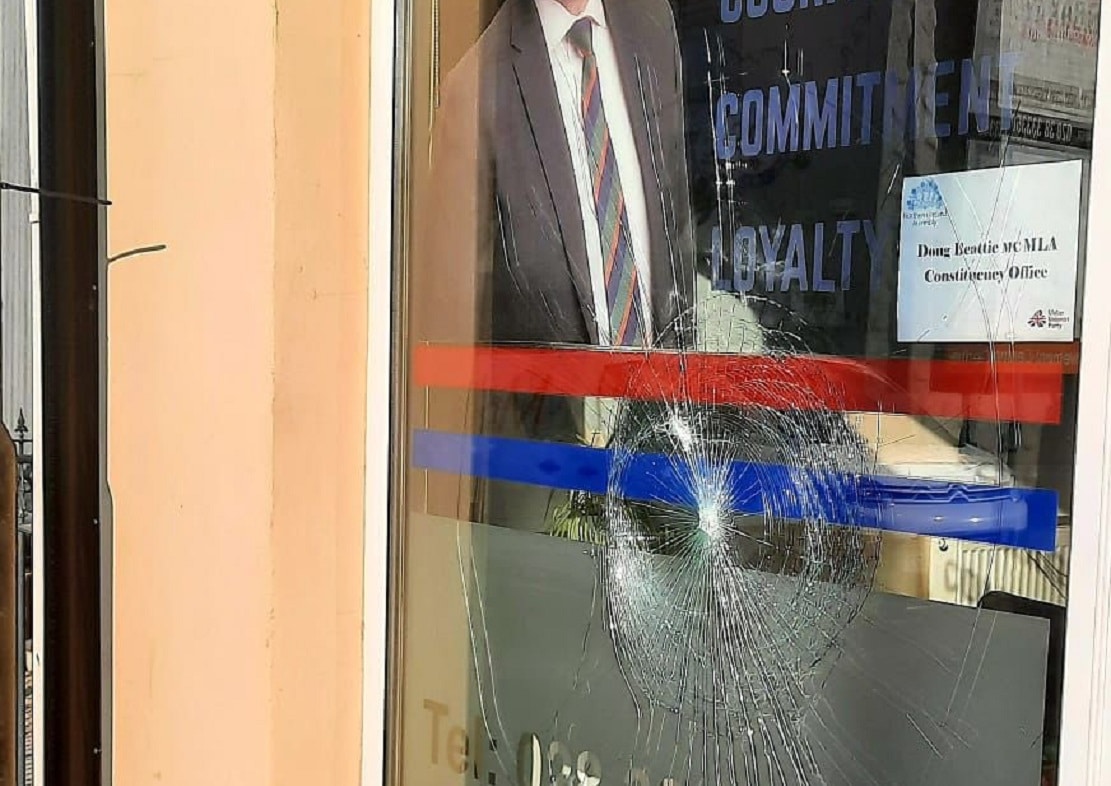 Ulster Unionist Party leader Doug Beattie’s constituency office in Portadown was attacked just one day after he announced his party would no longer be involved in anti-protocol rallies.

Windows at Upper Bann MLA’s Bridge Street offices were smashed after a concrete block was thrown at them.

Appealing for information, PSNI Sergeant Berry said: “It was reported that sometime between 8.30pm yesterday (Sunday 27th March) and 8.30am today, Monday, a concrete block was thrown at the main window of a property at Bridge Street in the town.

“Enquiries are at an early stage, and I appealing to anyone who may have witnessed any suspicious activity, or have any information which could assist, to contact police on 101, and quote reference number 675 of 28/03/22.”

Information can also be provided to Crimestoppers anonymously on 0800 555 111 or online at www.crimestoppers-uk.org

Condemning the actions, SDLP leader Colum Eastwood stated: “Doug Beattie is a dedicated public servant and courageously represents his community. An attack on his office is an attack on democracy.”

He added: “Cowardly and destructive acts like these are attacks on democracy itself. Full solidarity with Doug and his staff.”

Sinn Féin MLA John O’Dowd stated: “The attack on Doug Beattie’s office is wrong. All political leaders must stand united against it. Those intent on raising tensions and dragging society back will not succeed. We will continue to move forward.”

.⁦@BeattieDoug⁩ had the window of his constituency office smashed last night pic.twitter.com/xUkGJu8WDv