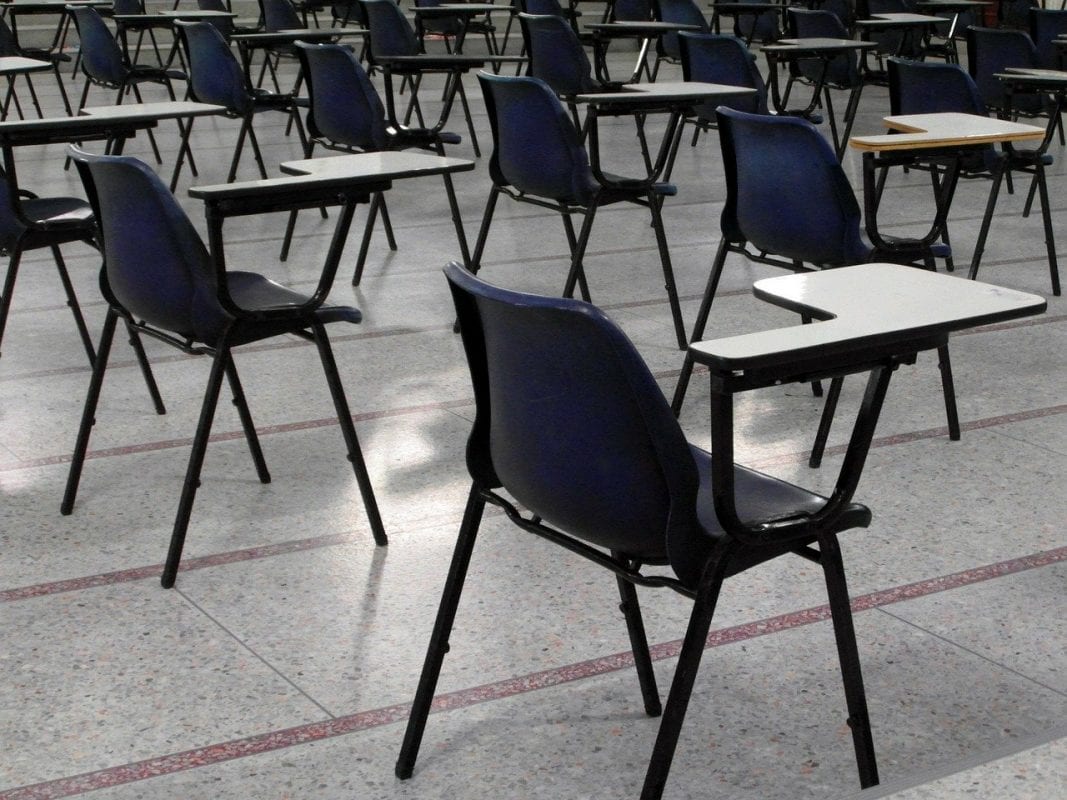 A Co Armagh schoolteacher has called on her peers to unite and force the closure of local schools in a bid to try and prevent the spead of coronavirus.

Catherine Nelson, who is also a local councillor, hit out at the failure to shut down schools in Northern Ireland when such measures were introduced just miles away, on the other side of the border, two days ago.

The Sinn Fein representative accused Prime Minister Boris Johnson of conducting a “social experiment” and said people here should not be part of it.

The British Government, moving to its ‘delay’ phase, did not advocate closing schools at this time.

And the Northern Ireland Executive has not moved in any way contrary to this.

Deputy First Minister Michelle O’Neill insists: “Now is the time to take action in the North to close schools, universities and colleges.”

But Education Minister Peter Weir said it would be “counter-productive” at this stage to take such an approach.

Councillor Nelson, however, has called upon teachers to stand up and be counted and take the lead.

One local school – Lurgan Model – has taken the decision to close until March 23.

The principal said: “The situation facing us with the current global spread of COVID-19 is unprecedented. Our situation here, on this part of the island of Ireland is further complicated by the fact that we have a government that can’t agree and act as one; and whilst I understand the science behind the current strategy, I also don’t want anyone from our school community to become a statistic.

Catherine Nelson wants all schools to follow suit and close during this ongoing threat.

And she added: “Failing to close schools in the North as part of this is unforgivable particularly while schools 30 miles up the road are closed.

“Across the board numbers were down in schools on Friday and parents, who have been in touch with me, are already saying they won’t be sending their children to school next week.

“If our Education Minister is not willing to act in the interests of the population in the North then teachers should take the lead and together take decisive and collective action in the interest of our young people and loved ones.

“I am calling on teachers to unite.

“Do what we do each and every day – place people at the heart of our response and get our schools closed!”

He said: “Let’s be clear, this shire of bastards are using everyone of us in some form of twisted medical experiment. Do you honestly believe the rest of Europe is wrong & this balloon and his ilk are right. If you are not angry it’s time to get angry, we are on the brink of disaster!”