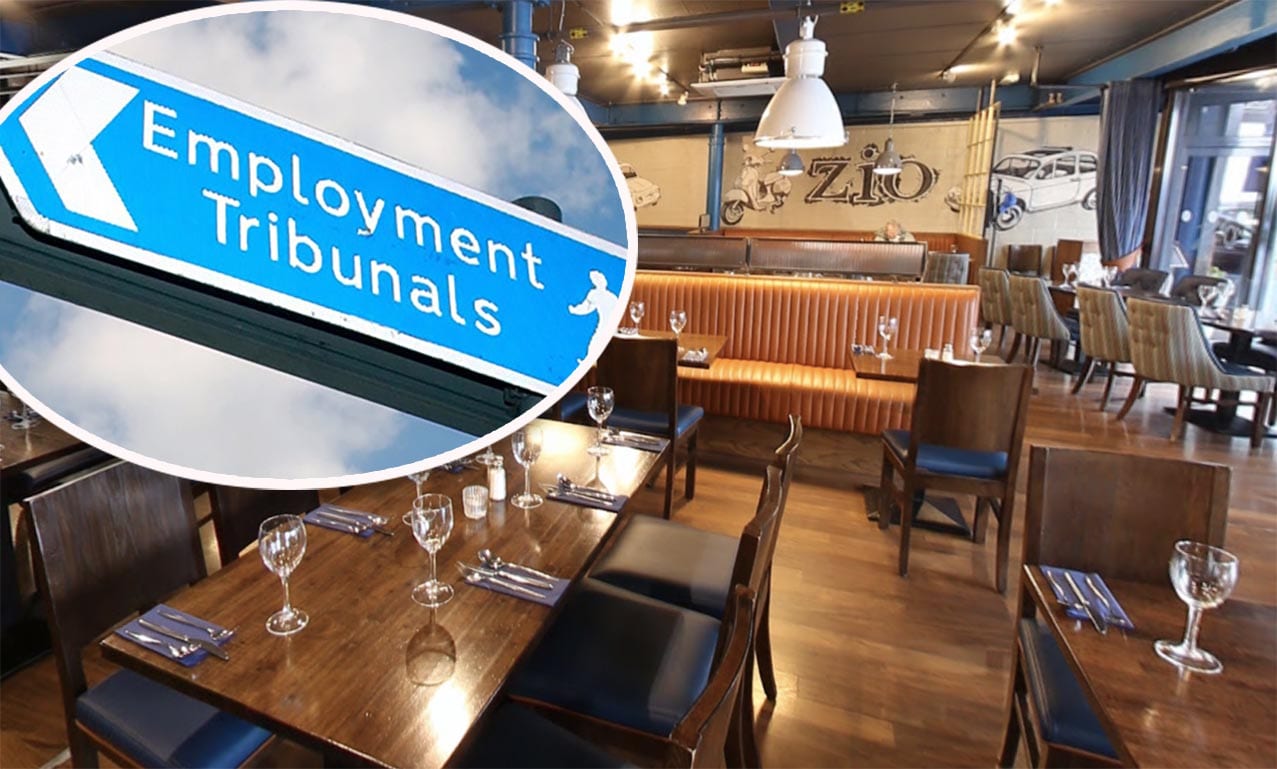 A county Armagh restaurant worker who says he was racially abused and unfairly sacked has had a litany of claims thrown out at an industrial tribunal in Belfast.

The 36-year-old joined the company in 2010 after Zio had advertised for chefs and waiting staff.

He was employed as a kitchen assistant, which he claimed was “because he was black”.

He mentioned to the tribunal that he was allegedly told “only white people could work the floor and that black persons had to work in the kitchen”.

He also alleged that he was physically beaten in front of other staff members, refused any tips he believed he was entitled to, and worked more hours than he was contractually obliged.

These claims were quashed after the court found no evidence whatsoever to support them.

The claimant gave two differing accounts of his reason for leaving work.

In his claim form he relates an incident when he sought paid holiday leave from his boss which was unsuccessful.

He stated in his initial claim form: “… I never returned to work – I would no longer deal with this stress and the abuse I faced at work.”

However, in his witness statement Mr Oliveira said: “… On June 13, 2014 I had to leave my job without holidays and wages, I could not work because I had to look after my daughters..In 2014 my daughter’s mother had another operation…”

His claim for constructive dismissal was also thrown out.

The tribunal heard that, “apart from the non-payment of holiday pay and sickness pay, there is not any persuasive evidence that the claimant suffered less favourable treatment” than the other employees, of whom, “a significant number…originate from outside Ireland or Britain”.

It was added: “Even if the non-payment to the claimant of the appropriate holiday pay and sickness pay were less favourable treatment there is not any evidence before the tribunal that this occurred because the claimant was black.”

Mr Oliveira was however awarded Statutory Sick Pay of £25, which was not disputed by his former employers.

Mr Oliveira alleged he did not receive any paid holiday leave in 2013.

Zio did not accept that but failed to produce any evidence of Mr Oliveira having received paid holiday leave in 2013.

The tribunal heard that “this is a matter that one would have expected the first respondent (Zio Mediterranean Ltd) to be in a position to prove from its records and such was not done”.

“In the absence of any evidence to the contrary, the tribunal accepts the claimant’s evidence that he did not receive any paid leave in 2013.”

The decision, handed down last week sated: “The unanimous decision of the tribunal is; that the claimant’s claim for race discrimination, racial harassment and constructive dismissal are dismissed; and that the claimant suffered an unlawful deduction by not receiving the holiday pay and statutory sick pay to which he was entitled.”