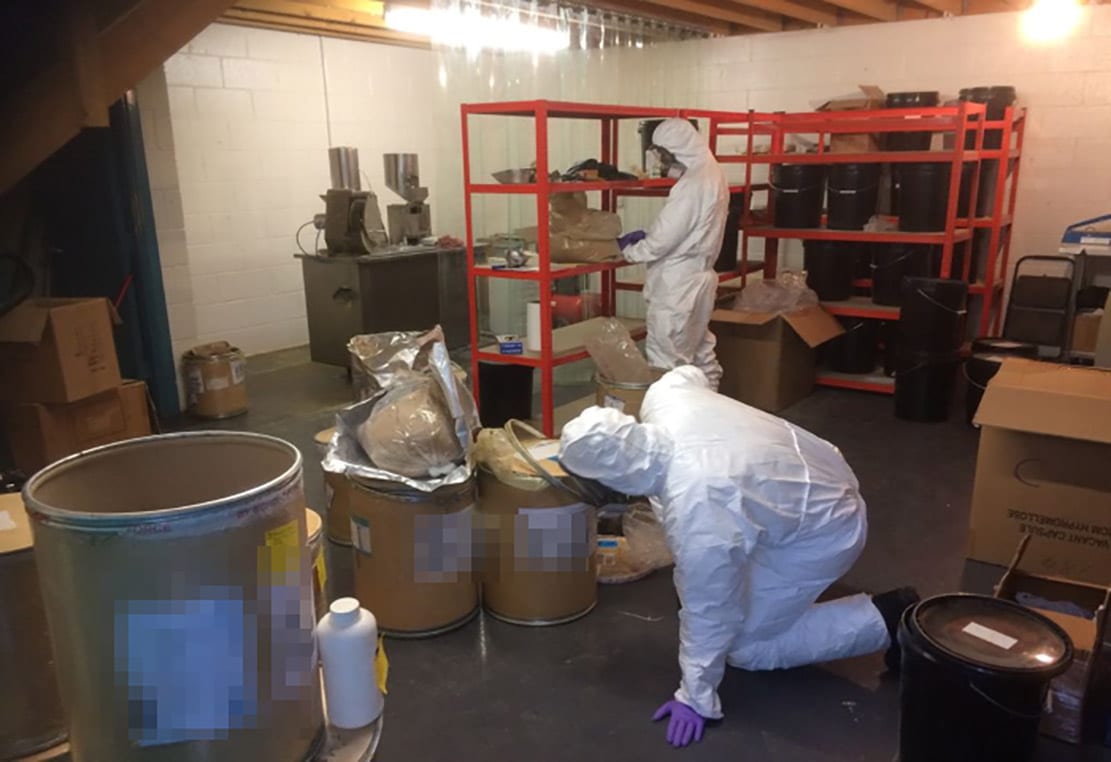 Detectives from the PSNI’s Criminal Investigation Branch have seized over £800,000 worth of psychoactive substances during searches in Portadown and Lurgan over the last two days – amounting to one of the largest ever seizures in Northern Ireland.

Officers conducted a search of a house in Portadown yesterday, Tuesday, 19 December.

They arrested a 35-year-old man on suspicion of a number of drugs offences.

He has since been released on bail pending further police enquiries.

A number of items were seized and have been removed for further examination. A number of unknown substances were also discovered and are being examined by specially trained officers.

A further search is also being conducted at business premises in the Charles Street area of Lurgan today (Wednesday) as part of the same investigation.

Police have seized a further quantity of psychoactive substances worth an estimated £400,000, as well as a quantity of tablets and two industrial sized tablets presses.

Detective Inspector Pete Mullan said: “These seizures amount to one of the largest in Northern Ireland and demonstrate our ongoing commitment to removing drugs from our communities and the harm and misery they bring with them.

“Recently a barrel containing a large quantity of suspected new psychoactive substances was seized as part of ongoing work carried out by the PSNI’s Organised Crime Units and Border Force.

“The barrel was to be delivered to an address in Northern Ireland and yesterday detectives from Criminal Investigation Branch visited that address and arrested a man.

“This was a significant seizure of approximately £400,000 worth of a suspected psychoactive. We also uncovered a number of unknown substances and they will be examined by specially trained officers after being removed for further examination. Today we also seized a further £400,000 of suspected psychoactive substances as well as other tablets and equipment linked with drugs.

“We will continue with proactive investigations and enforcement work but the drugs problem cannot be solved by police alone.

“We want to ensure that we are doing everything possible to prevent the supply of drugs and arrest those involved while at the same time making people aware of the real dangers they pose to their health and their lives if they take illegal or controlled drugs.

“The profit made from the supply of illegal drugs funds organised crime which brings harm to individuals and destroys communities. I would encourage people to ‘think before they buy’.

“I would ask anyone who is aware of any individual involved in the supply of drugs to contact their local police on 101. Alternatively, information can also be provided to the independent charity Crimestoppers on 0800 555 111 which is 100% anonymous and gives people the power to speak up and stop crime.”