Cat-astrophe! Concern for feline stuck in tree for two days – no resolution in sight 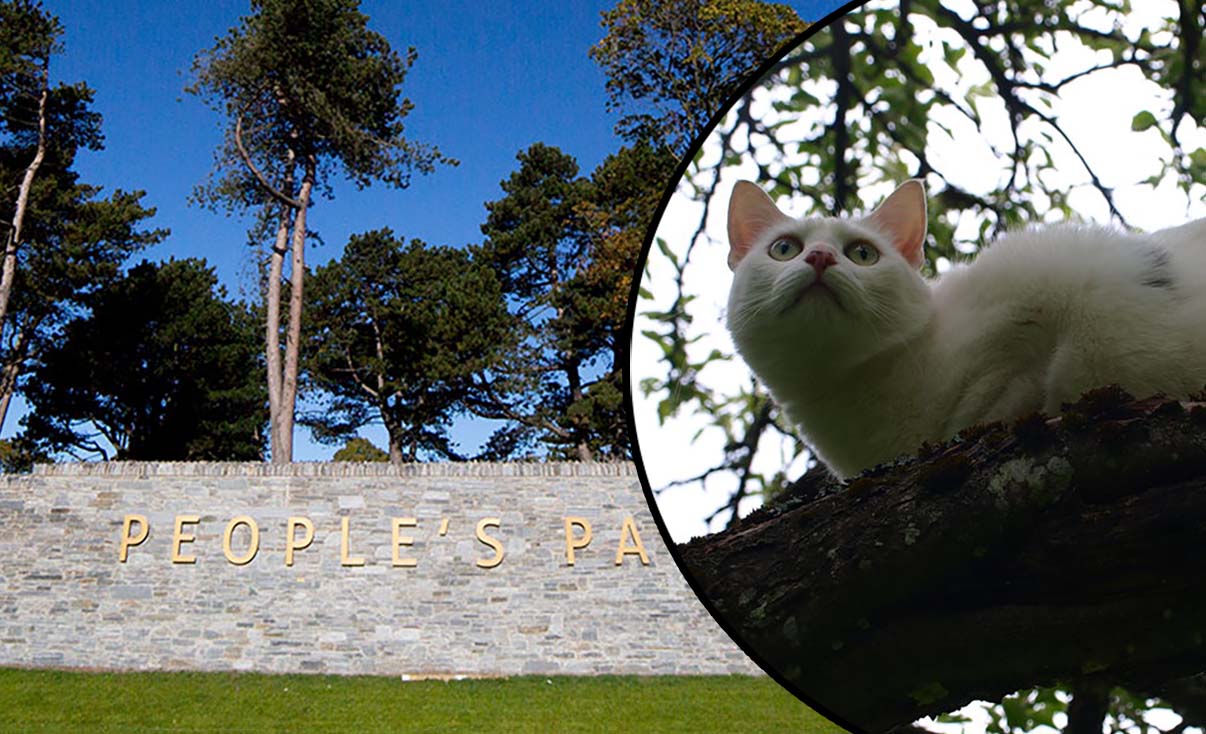 There are few certainties in life; death, taxes and cats getting stuck in trees are among them.

What’s less certain is how to get said cats down again.

That’s currently the problem facing a number of concerned pet-lovers in Portadown as one frightened feline has been stuck in a tree for at least two days now.

In the People’s Park, cat cries could be heard as the little white puss found itself stuck on a tree branch suspended perilously over the River Bann.

However, despite the best attempts by locals to abstract the cat from the tree, nothing seems to be working.

The cat was spotted by a local woman who has tried her best to save the feline on Sunday afternoon.

Her fiancé initially tried to climb the tree but the bark was too wet and slippery; the cat was beyond his reach and thus ended his doomed rescue mission.

Again, early on Monday morning the woman – who wanted to remain anonymous – contacted the fire service and they informed her that the cat had to be stuck for 48 hours before they would attend the scene.

The woman went back again this time laying food at the foot of the tree to tempt the cat down but alas, this proved fruitless.

Yesterday evening the fire service was again contacted, but advice was administered – she was told to leave the food and a plank, it would surely come down itself whenever it got hungry.

The operator also told her that if the firefighter tried to reach the cat it would just climb higher.

The woman took to social media to highlight the escalating predicament, which led to another woman contacting the Council – responsible for the park.

She was referred to animal welfare who informed her that they only dealt with animal abuse and to contact the fire service – there’s a pattern emerging.

The concerned resident told Armagh I that the cat appeared “okay” stating “all we can do is just hope it will come down by itself eventually”.

She added: “I understand the fire brigade and animal welfare have their remits and cannot really act on this but I just wish there was someone who a person could go to on these matters”.

Meanwhile, the owner of this 6-year-old, grey and white cat (pictured below) is appealing for information. It disappeared from the Greenpark area in Armagh City on Saturday morning and has not seen it since. If you see it please call 07790805719 – small reward if information leads to the recovery of ‘Missie May’.

*Main image for illustration purposes only