Incident happened in the early hours of this morning 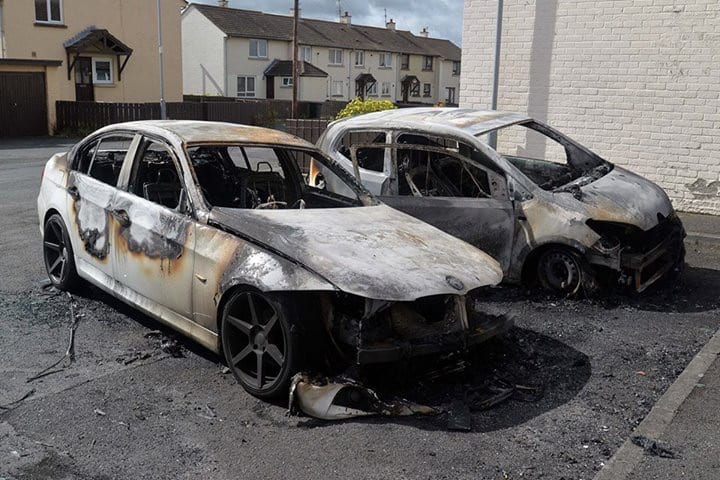 Two cars have been destroyed in an arson attack in Portadown overnight on Friday.

The attack happened in Garvaghy Park area of the town.

The vehicles were a BMW and a Volkswagen.

According to Portadown Picture Post,  the attack happened some time between 2-3am

The Fire and Rescue Service attended the incident in the early hours, preventing damage to the surrounding houses in the estate.

It is understood the owners of the cars be away on holiday returning on Monday.

Police are currently investigating the attack.

If you have any information which may help, contact police on the non-emergency number 101.