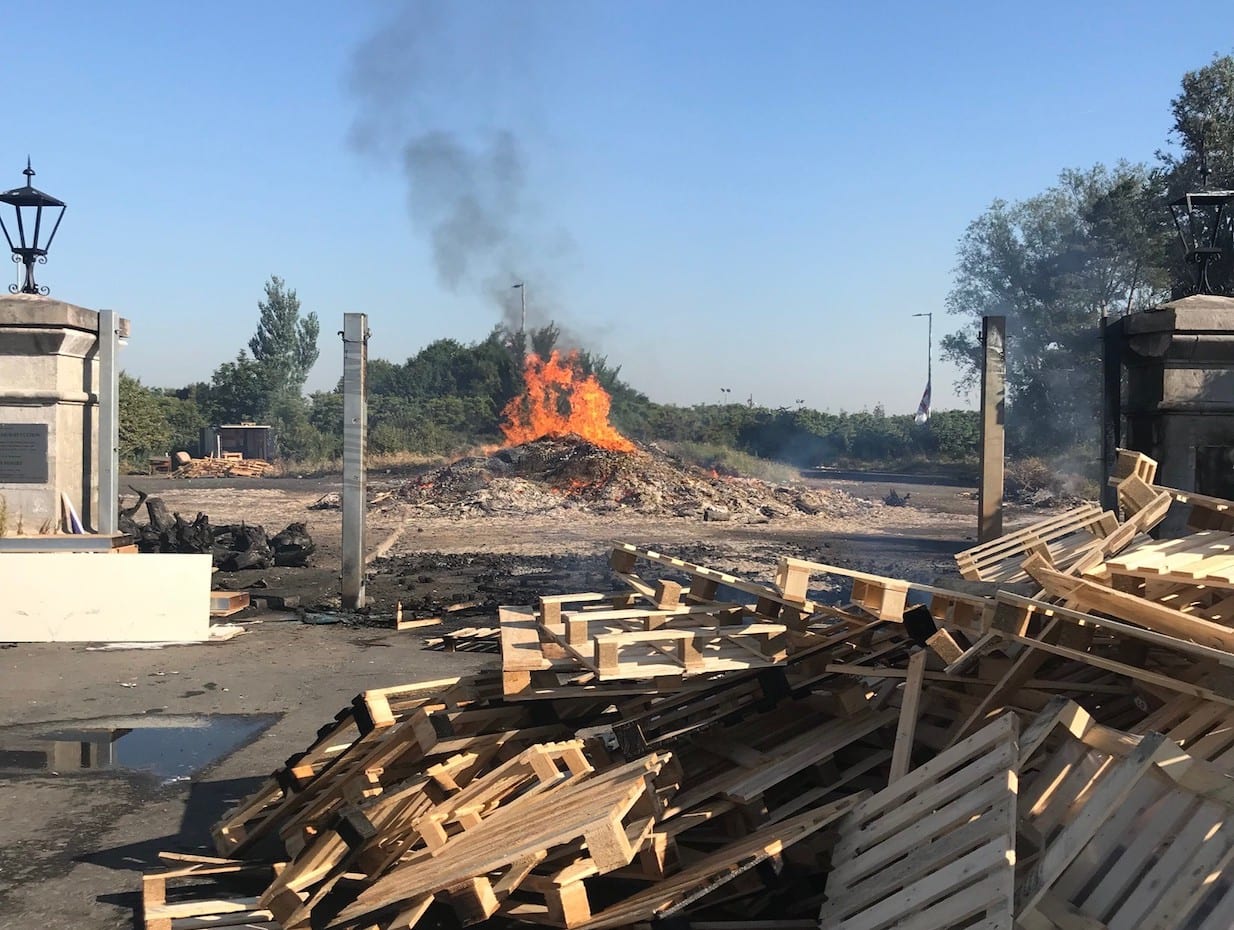 There have been calls for calm after a bonfire – intended to mark the first day of the Battle of the Somme on July 2 – was deliberately set alight in Portadown three days ahead of schedule.

Ulster Unionist MLA Doug Beattie has called on the community to “remain calm in the face of provocation” following the incident in the early hours of this morning (Friday).

“I have watched over the last four weeks as mostly young men have put their shoulder to wheel to build the Edenderry Bonfire in Portadown,” he said.

“The area was kept clean, there was no tyres and there was a tangible feeling of excitement ahead of the lighting of the bonfire on 2 July to mark the first day of the Battle of the Somme on the 1 July.”

He added: “Therefore it was with a real sense of disappointment that I was informed this morning that the bonfire had been lit at around 3.30am – deliberately – in an attempt to deny the community in the Edenderry the ability to celebrate their culture and identity.

“These actions do nothing to help create a tolerant society and endangers the good will that has been created over the last number of weeks.

“In calling for the community to remain calm in the face of provocation I also ask that other areas in Portadown and further afield come together to help the Edenderry Bonfire building rebuild a bonfire so it can be lit on Monday, July 2 as originally planned.

“This would be the community response I would most like to see and in doing so it shows those who have taken this dangerous and clearly sectarian action will never deny the identity and culture of the community in Edenderry.”

Disappointed that some would deny freedom of cultural expression. It’s ok to disagree it’s not ok to ramp up tensions by burning it down 3 days before it is lit. #Edenderry #Portadown pic.twitter.com/u77soAP4d9