Businessman fined: ‘Distressed’ customers thought they were being scammed 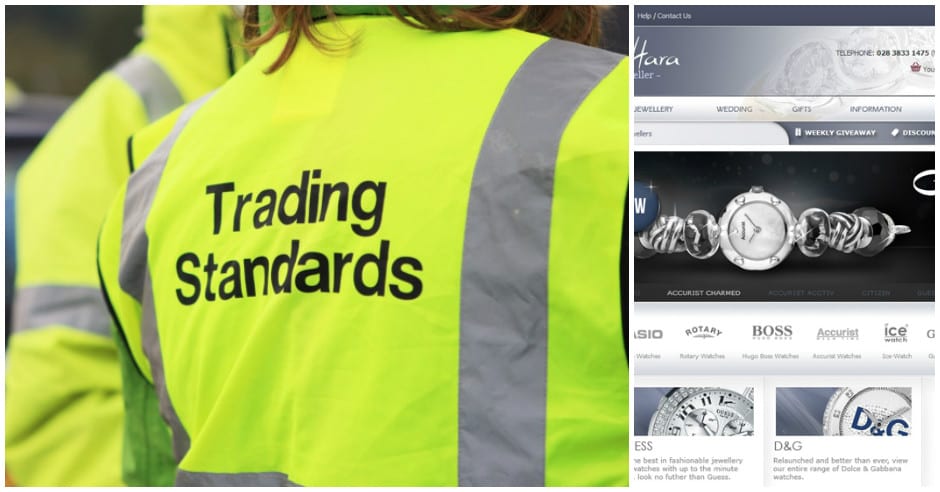 A Portadown businessman has been fined a total of £1,000 at Craigavon Magistrate’s Court after pleading guilty to a catalogue of charges under the Consumer Protection from Unfair Trading Regulations 2008.

In a case brought by the Trading Standards Service of the Department for the Economy, Richard O’Hara, a company director of JRN Retail Group Ltd trading as Nigel O’Hara, pleaded guilty to 10 charges.

The company, JRN Retail Group Ltd, previously operated a jewellers shop in William Street, Portadown, and ceased trading in November 2015, had also pleaded guilty to 10 similar charges and was fined £1,000.

The company operated an online business which advertised over 91,000 different products for sale on its website. Goods offered for sale included items such as plasma televisions, art prints, jewellery and shampoo.

But in 2013 Trading Standards Service began to notice an increase in the number of complaints received from consumers about the business.

Almost all the consumers complained that the business had taken payment but that no goods had been received and they were experiencing great difficulty in getting their money refunded.

Many consumers were very distressed, as they believed that they had been caught out by online scammers.

The Trading Standards Service sought to advise the business on how to amend its procedures to ensure consumer complaints were addressed.

But the business failed to heed the advice and complaints grew at such an alarming rate that between July and September 2014, Nigel O’Hara became the most complained about business to the Trading Standards Service.

An investigation carried out by the Trading Standards Service discovered the business had misled consumers about the price of goods, about the ability of the business to supply the goods, sales promotions and the discount offered on goods and a 100% cash back competition prize, where no winners were selected.

Furthermore the unreasonable length of time the business held onto customers’ money, whenever they were entitled to a refund, was found to be in contravention of “professional diligence”.

Richard Knipe of the Trading Standards Service said: “With an ever increasing amount of sales transactions being done online nowadays, it is all the more important for consumers to be able to trust the business on the other end of the line.

“It is entirely unacceptable for any business to mislead consumers about price, availability or any discount offered in relation to goods.”

Anyone who believes they been misled by an online retailer should contact Consumerline on 0300 123 6262.