Almost 40,000 non-UK duty paid cigarettes, alongside more than 890 litres of alcohol, were seized and a 35-year-old man arrested 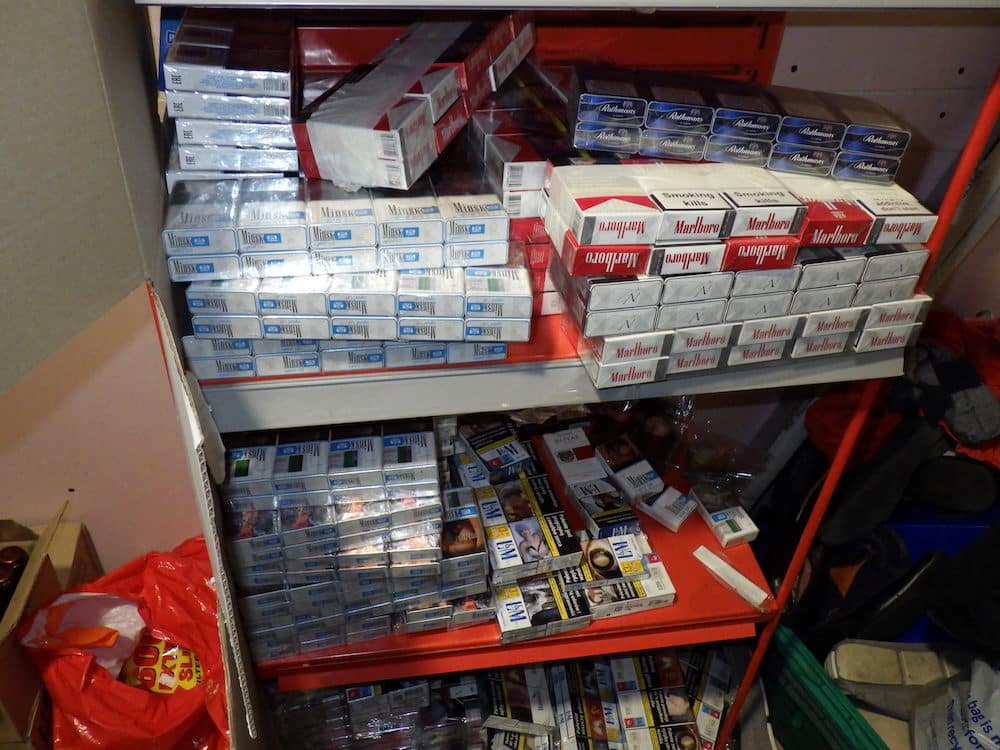 A man has been arrested and illicit alcohol and tobacco seized during searches of retail premises in Portadown and Randalstown.

HM Revenue and Customs, supported by PSNI, swooped on Tuesday and seized a total of 39,298 non-UK duty paid cigarettes, alongside more than 890 litres of alcohol.

This evening, (Friday), officials released images of the goods recovered, with an estimated £18,745 in lost duty and taxes.

As part of an operation to disrupt the sale and supply of suspected non-UK duty paid goods, HMRC officers conducted the searches of retail premises in both towns.

The 35-year-old man arrested by HMRC on suspicion of evasion of excise duty  has now been released on bail. “HMRC continues to work closely with our partners to relentlessly pursue the determined minority who refuse to play by the rules.

“Anyone with information about the illegal sale of cigarettes and tobacco should report it to HMRC online at GOV.UK.” A 35-year-old man was arrested by HMRC on suspicion of evasion of excise duty and has been released on bail.