The shop boasts of offering hundreds of quality fresh, frozen, grocery and ambient products in bigger packs at wholesale prices - with the Magowan Buildings store promising an in-store butchery too! 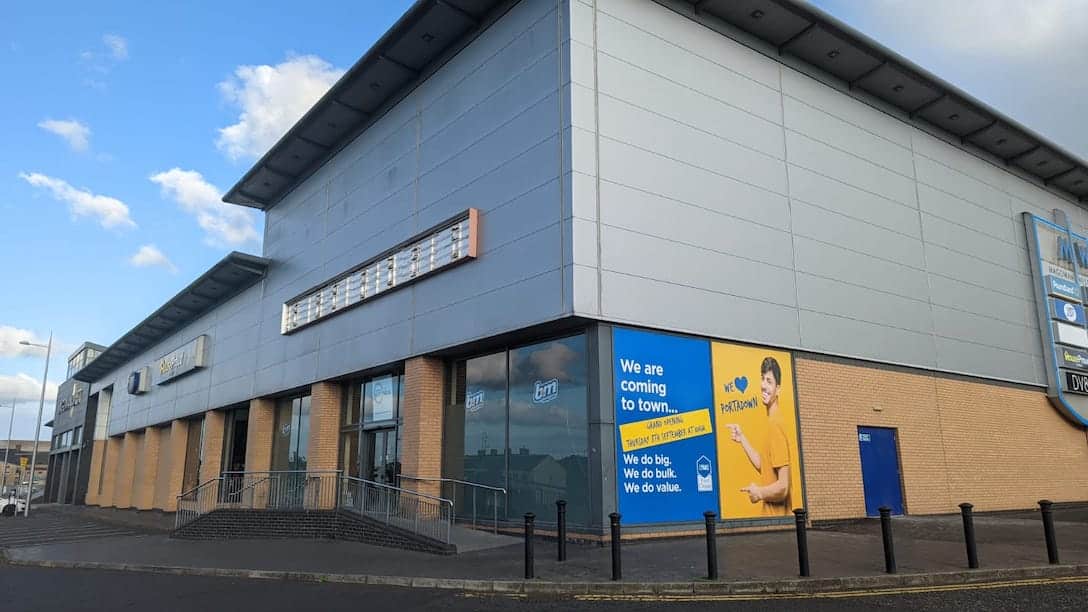 Portadown is set for a major retail boost with confirmation of a new tenant for the former B&M Bargains store.

The budget retailer departed its Magowan Buildings home in the spring, when it opened a new outlet at the nearby High Street Mall, next to the new Lidl anchor store.

But the gap left on the retail map in Portadown town centre has not taken long to fill.

For Lynas Food Outlet – which opened its first outlet in Coleraine nine years ago – is preparing to throw open its doors next month.

The company, a family-run enterprise, has been advertising for retail assistants and various roles ahead of its arrival in the County Armagh town.

Indeed, the company’s motto – ‘We do big. We do bulk. We do value’ – has now appeared outside the prominent town centre location, heralding its imminent arrival.

The Lynas family operation dates back over 70 years – to 1951 to be precise – when Bobby Lynas opened a tiny fishmonger’s shop in Coleraine.

Today the company, which has seen three generations come on board, has landed its latest catch under the Lynas Food Outlet brand.

The new Portadown unit will also offer the now famous Causeway Prime butchery range introduced to the business by Bobby’s grandson, Andrew; his father, Norman, joined the business eight years after launch as a boy of 16.

The Lynas Foodservice name was adopted in 1999 and the addition of the Lynas Food Outlet came in 2013 when the first shop opened in Coleraine.

It now operates across Northern Ireland, Scotland and the Republic, employing in the region of 500 staff and offering over 6,000 products for sale.

The new Portadown store will be the 11th Lynas Food Outlet in Northern Ireland, with, following the original in Coleraine, more setting up in Ballymena, Cookstown, Bangor, Strabane and Newry, with two each in Belfast and Derry/Londonderry.

The Magowan Buildings store will be all set to welcome the good folk of Portadown and beyond when it launches on Thursday, September 8.

The grand opening is due to take place at 10am.