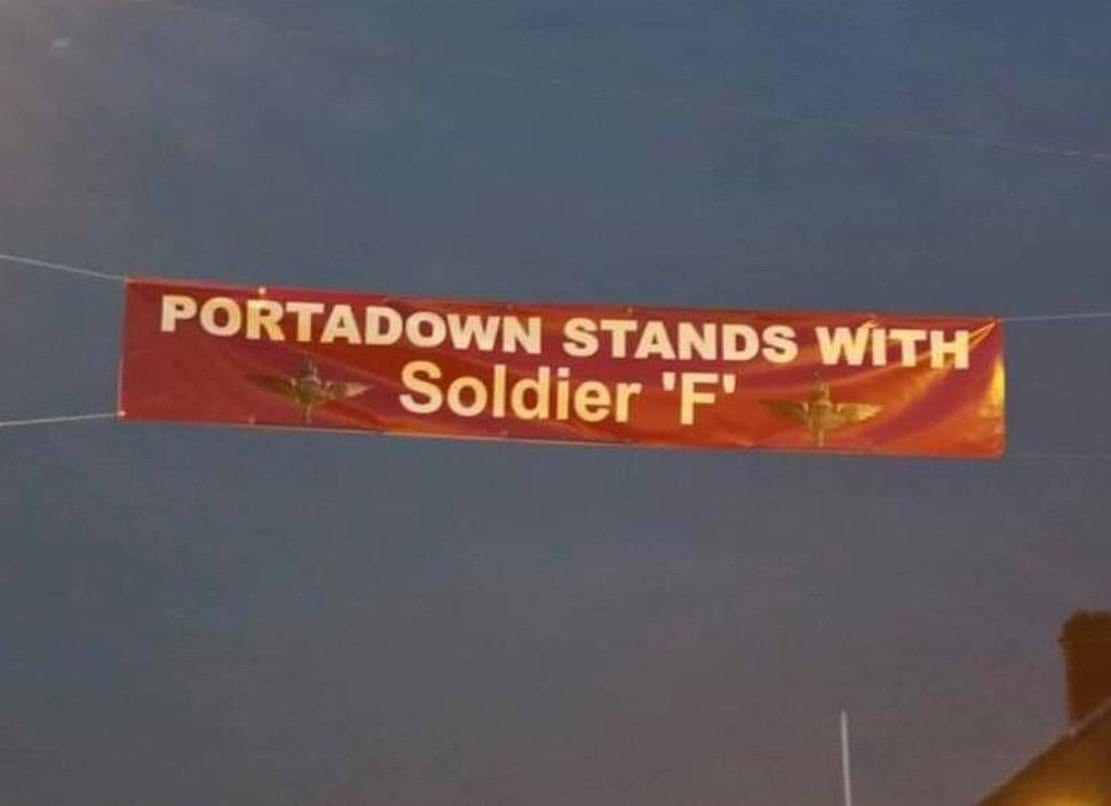 A banner erected in Portadown referencing support for a soldier accused of murdering a civilian on Bloody Sunday has been branded a “sick act”.

Sinn Féin MLA John O’Dowd has called on authorities to remove the banner from Portadown town centre, which he says, is designed to cause hurt to the victims of Bloody Sunday and cause community division.

“The banner proclaiming support for a murder suspect is not appropriate,” slammed Mr O’Dowd.

“The banner should be removed immediately.”

Over the weekend, around 80 bikers rode to Stormont in protest against the prosecution of the soldier who served in Northern Ireland during the Troubles.

And in London as many as 11,000 bikers met on Park Lane on Friday, before riding through London to Parliament Square and on to Trafalgar Square.

A sick act carried out under the cover of darkness – designed to cause hurt and raise tensions! It should be removed immediately. pic.twitter.com/uEpkanuJoV

The protesters, many of whom are armed forces veterans themselves, oppose the prosecution of an unnamed soldier, known only as Soldier F.

Soldier F is to be charged with murdering two people after troops opened fire on civil rights demonstrators in Derry/Londonderry in January 1972.

Some relatives of the 13 killed have campaigned for their prosecution, while others argue that Soldier F should not face trial.

The protest in both Belfast and London was conceived in March when Harry Wragg, 56, posted a video on Facebook, calling for Soldier F not to be prosecuted.