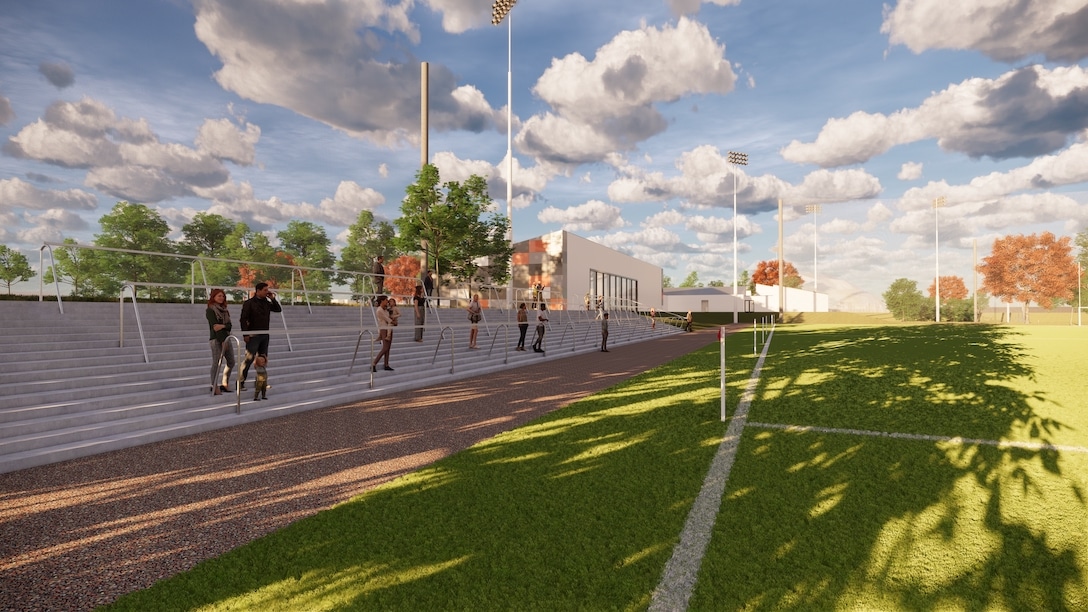 Armagh City, Banbridge and Craigavon Borough Council’s planning committee has approved an application for a £6.5 million state of the art training facility to be built for Armagh GAA on the outskirts of Portadown.

The application came before a meeting of Council’s planning committee on Wednesday, June 8 as it is considered a major application.

Lodged by WYG Planning on behalf of My Armagh and the Armagh Gaelic Athletic Association, the application seeks permission to replace an existing pitch at St Malachy’s Hurling Club, 24 Moy Road and make use of agricultural fields surrounding this site to the north, east, south and southwest.

Permission is also sought to make alterations to the site’s access and complete all associated site works, including fencing,

Speaking at June’s meeting of the planning committee, the planning officer in charge of the application recommended the application was approved and told members that because of the limited amount of built form landscaping proposed, officers are of the opinion the proposal will not be out of keeping with the rural area.

Councillor Darryn Causby asked how many spectators the proposed spectator stand could hold and if that was sufficient for the site’s use.

He was advised that in the worst case scenario if all facilities were in use it is thought 385 people could be on this site but planners have been assured by the applicant that would not be the case as that is not how the facility would be used in real terms. Councillor Sam Nicholson queried why there is a restriction of operating hours and lighting and asked if there will be competitive matches played at this facility.

The planning officer advised that if the lighting is 18-20m in height it is normal practice to ensure they are not used after 10pm. Representatives speaking on behalf of the application confirmed no competitive or county matches will take place at the venue explaining it is solely a training facility for Armagh teams and academy

Alderman Sydney Anderson asked about the entrance to the site and said there is a history of accidents in the area and said he would be concerned about the number of pedestrians at the site and the speed of the road.

It was explained that the access will be upgraded with a 10m radii, new footpaths and a new pedestrian crossing point on the Moy Road as part of the proposal.

Speaking during the debate stage, Councillor Declan McAlinden thanked the Armagh county board for bringing this application forward.

“This facility, when completed, will hopefully transform gaelic games within the borough and further afield,” he said.

“It will benefit the local community of Portadown and provide state of the art training facilities which will facilitate healthy living projects for the local population. Further the GAA has demonstrated its commitment to improving local sporting culture by choosing this site for its flagship development in Armagh.

“The locality will be associated with sporting excellence as a result for years to come. St Malachy’s Hurling Club will also proposer as a result of this development.”

Councillor Ciaran Toman praised the applicant and the agent for their work on the application and described it is an “important local project” that has been endorsed by all Armagh GAA clubs. Praising planning officers for a fantastic and detailed report, Councillor Paul Duffy said he cannot wait to see the plans become a reality and expressed his hope that the development will work to reduce accidents in the area.

Councillor Peter Lavery said it was a “good, strong application” that will have a long term benefit for any users of the site while Councillor Sam Nicholson said he was in support of the application and quipped it was clear “there is a few pound left in the GAA yet”.

The committee’s vice-chair, Councillor Kevin Savage flippantly suggested that was not a view his local club’s treasurer would share before suggesting the application was something the entire borough could look forward to.

A proposal to accept the recommendation to approve the application was put forward by Councillor Paul Duffy and was seconded by Councillor Declan McAlinden and approved by the chamber.