Appeal for calm as ‘masked loyalists parade through streets of Portadown’ 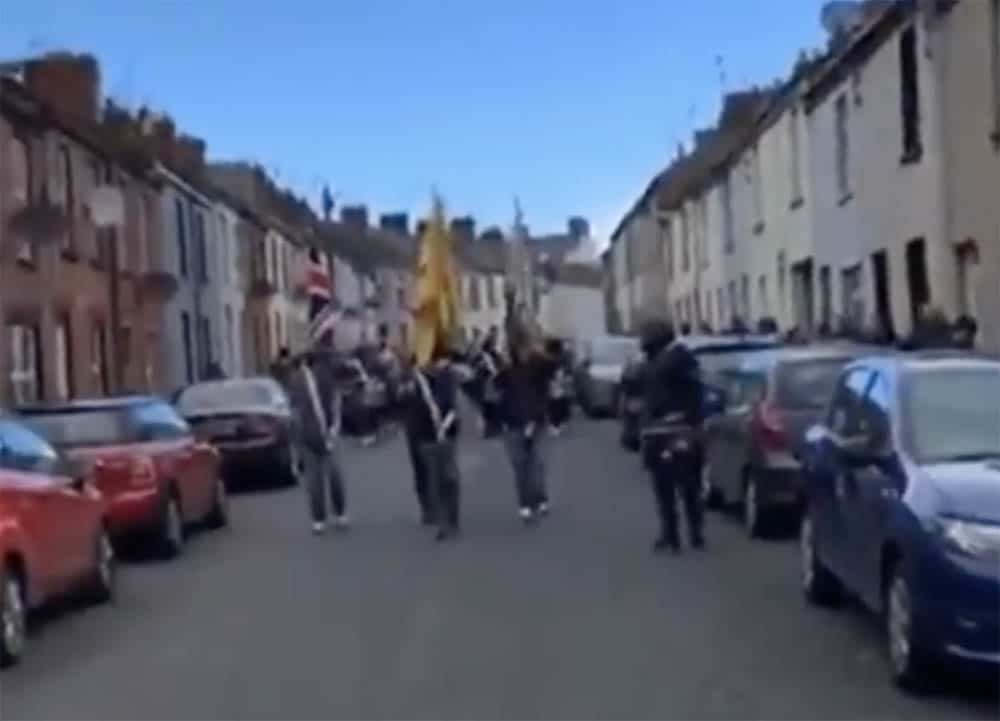 A Sinn Féin MLA has hit out at the images of “masked loyalists parading through streets in Portadown” earlier on Sunday.

John O’Dowd said the scene was more akin to the those witnessed recently in Pitt Park in east Belfast rather than a peaceful band parade, as stated.

“Tonight’s so-called band parade in Portadown was led by masked men through the streets reminiscent of the scenes recently in Pitt Park in east Belfast when a loyalist mob went on a rampage to intimidate families out of their homes,” said Mr O’Dowd.

“Irresponsible and dangerous sabre rattling and reckless rhetoric from Unionist politicians has seen tensions rise right across the community.

“Their engagement with armed criminal gangs involved in murder, drug dealing, extortion and intimidation has emboldened these criminals to attack and injure members of the police and put the wider community at risk.

“I would appeal for calm and I call on those in positions of influence in political unionism to demonstrate more measured and responsible leadership before someone is killed or seriously injured by loyalist criminal gangs.”

Senior Mid Ulster loyalist source has told the @BelTel the Portadown parade today accompanied by masked men will be repeated in the coming days “there are no plans for violence but groups gathering and unnotified parades will continue and whatever comes from that so be it”. pic.twitter.com/UIT1swsMfg

I think the basic premise of the peaceful protest in Portadown was that if they IRA can bring 2,000 onto the streets disregarding the law without any consequences, then why should unionists not be able to have a band parade & ignore the parading regulations? It’s hard to argue. pic.twitter.com/1xVd8DgTfF