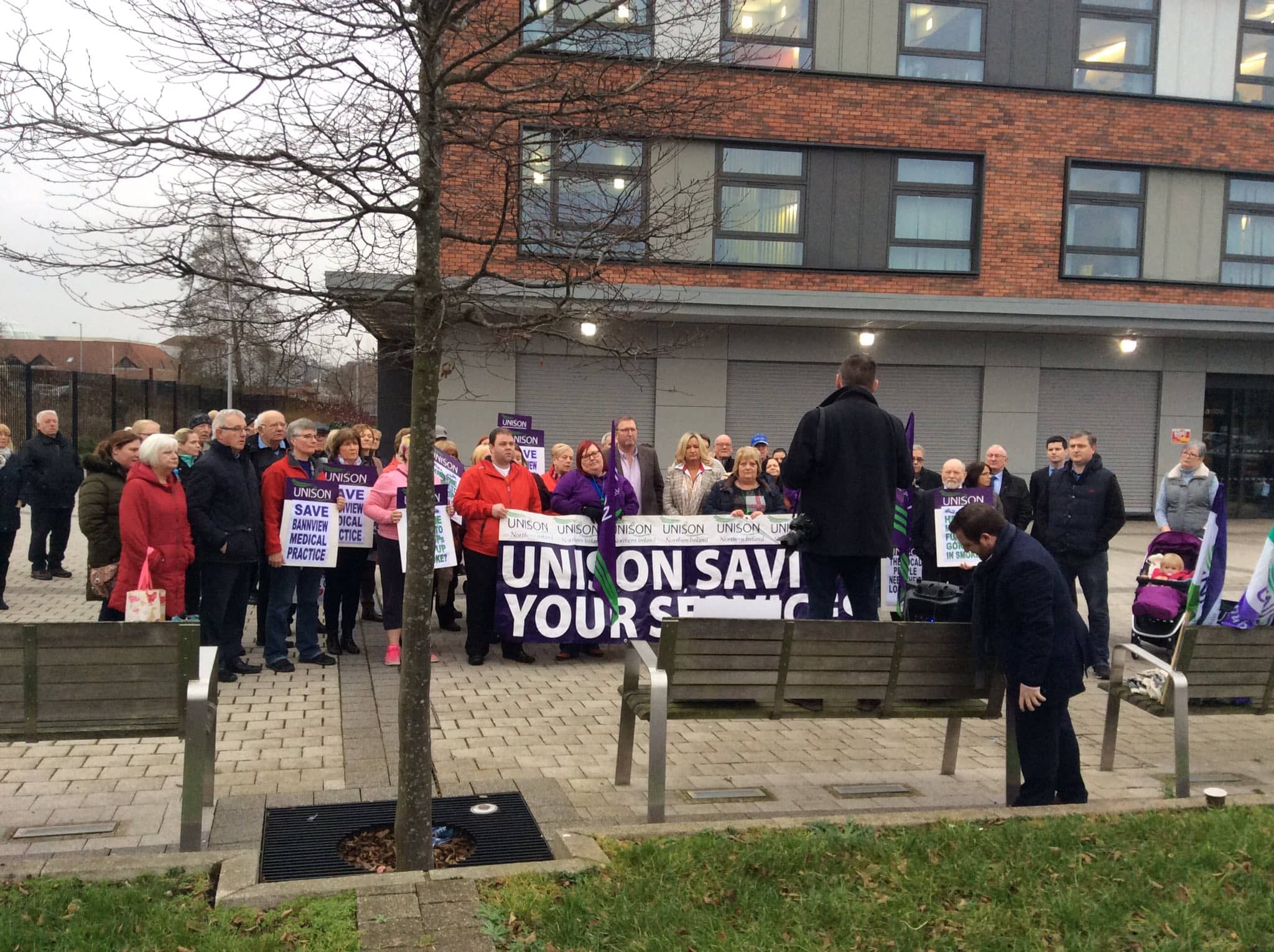 The Bannview Medical Practice in Portadown will be taken over by the Southern Health Trust, it has been confirmed.

It’s the latest twist in a saga, which has rumbled on for months, leaving 5,200 patients in a state of limbo.

The threat of closure was a real one earlier this month after its last remaining doctor resigned.

On Monday, it emerged that a contractor in negotiations to take it over withdrew from the process.

A protest was held outside the Portadown Medical Centre to raise concerns of the ongoing issues.