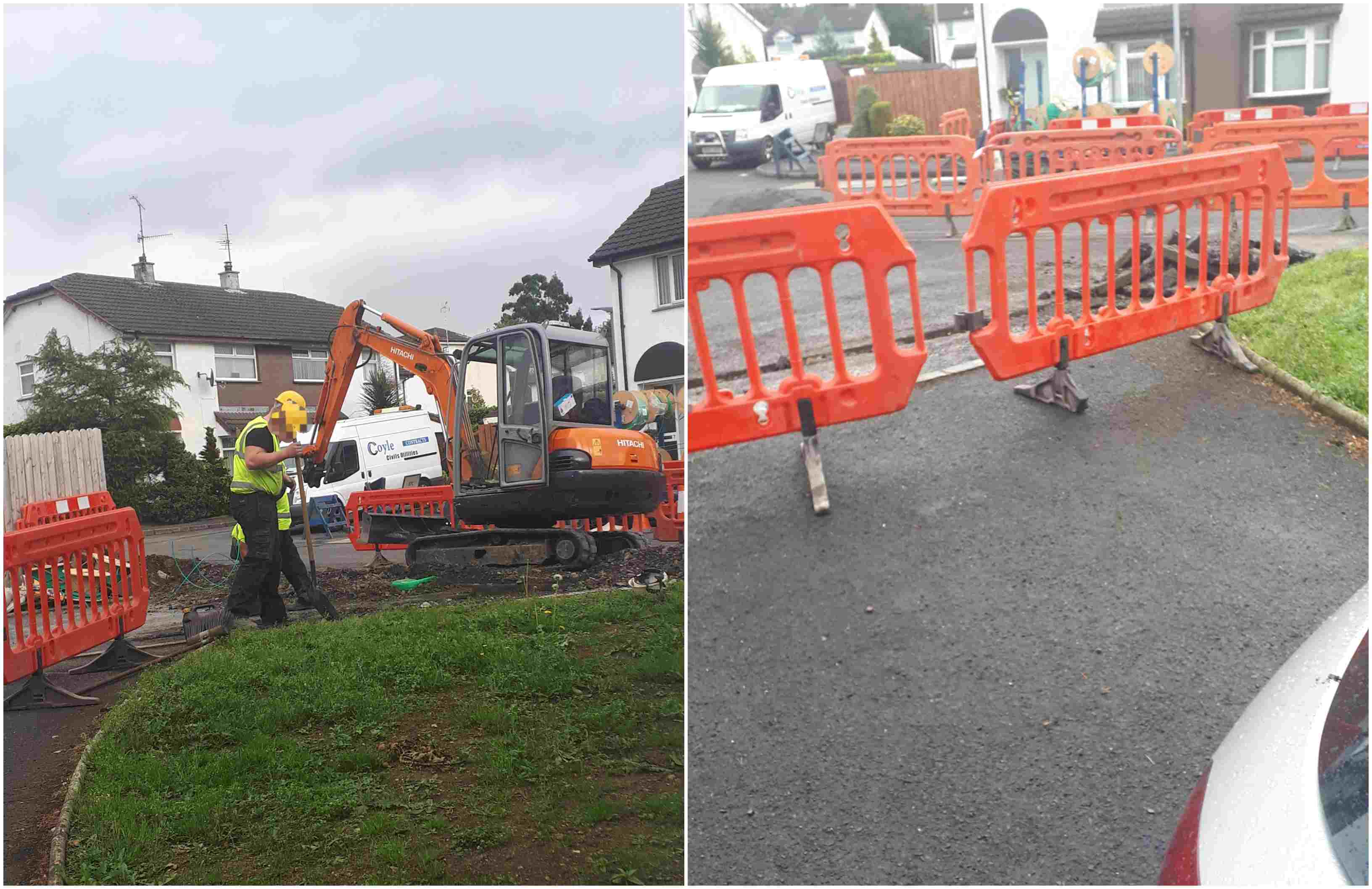 The ABC Lord Mayor says she has received abusive letters and voicemails from residents fuming over the “disastrous” Virgin Media works currently being carried out in Portadown.

Councillor Julie Flaherty says the vitriolic abuse directed towards her has been “simply uncalled for”, especially, as she says, “I’m not the one digging up the road”.

A Portadown resident herself, councillor Flaherty, says the work being carried out by the contractors on behalf of the telecoms giant has caused bedlam around the town.

However,  she has been left baffled as to why her fellow residents’ anger has been directed at her, so much so, she felt the need to address the situation on her social media.

And speaking to Armagh I this afternoon, councillor Flaherty says she believes the abuse stems from her name being put to a press release announcing the works a few months back.

“I was bounced into a press release from Virgin, through the Council, at the very beginning of my term; I think I was only in a week or two,” she explained.

“Nobody could have predicted how this whole thing was going to pan out but I have to be honest, the number of letters and phone calls – and they’re not pleasant – has been shocking.

“Now, I’m well use to it and I’m big enough to take it, but some of it has just been totally uncalled for, it’s not me digging up the road.”

She added: “There was another letter landed into the Palace today and I know the woman who wrote it, but really very abusive, and that will simply not get a reply.”

“My main concern is around how they’re managing the whole thing,” she said. “Even the road closures, how they have been rolled out has been all wrong. The delivery has left a lot to be desired.”

And the Ulster Unionist representative said the abuse has been so bad she has refused to put her name to a press release which will announce the same works in Craigavon.

She explained: “I would not put my name to it because I just couldn’t take this blow back I have received from this Portadown work.”

Adding: “I went into Tesco the other night and was completely and utterly doorstepped by a man who had issues with the work. It has caused a huge reaction.

“My parents live on the Tandragee Road and it has just been bedlam. The top of Killicomaine has been the same, bedlam.

“There has been a problem with the delivery, the traffic management, and there are issues with how the work has been left. People’s driveways, footpaths, walls and gardens have been damaged. The work is being done but they’re just walking away when it is. It’s unacceptable.”

“Ultimately it’s them that are responsible for the roads, not Council,” she said.

A few months back Armagh I reported on how one resident was furious at the unsightly and “appalling” states of footpaths near his home in Portadown.

When approached for comment by Armagh I, a Virgin Media representative, pointed us in the direction of a previously released press statement – mentioned earlier in this article.