Popular Banbridge hotel and nightclub up for sale 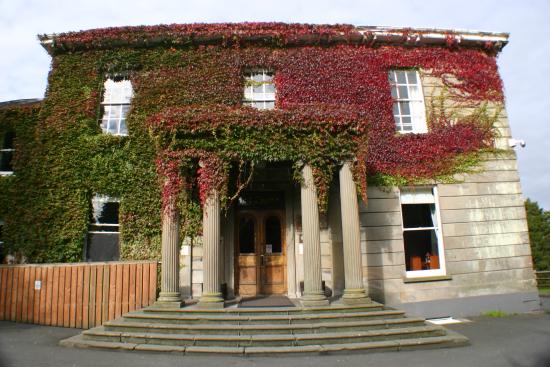 The Belmont Hotel in Banbridge has gone on the market – with an asking price close to £1 million!

The famous Georgian hotel, on the Rathfriland Road, has been a popular night spot for people across Counties Down, Armagh and beyond for many years.

But the 12-bedroom hotel and its famous Auditorium Nightclub were officially put up for sale this week, with offers invited in the region of £975,000.

Banbridge has long been a draw for people in the area, with the recently reopened Coach and Downshire among the night-time offerings. The Belmont is one of the area’s most popular wedding venues and is focussed over two floors with a basement.

It boasts a main reception area with two conference rooms – Cedar and Birch Room – and the main restaurant area, Cupids and Damask Room, capable of seating up to 90.

The accommodation is based on first floor level, while the Studio Bar is in the basement.

Located to the rear of the original hotel building is the impressive and well known Auditorium Nightclub, which runs every Saturday night.

Access is via a dedicated entrance door adjacent to the original hotel building, which leads into a reception area and impressive modern bar with lounge.

An additional cocktail bar area is located off the main nightclub and there is also a marquee with seating and smoking area.

The nightclub accommodation is also used for weddings, conferences and private bookings and the property is described by the selling agents as a “beautiful boutique hotel”.