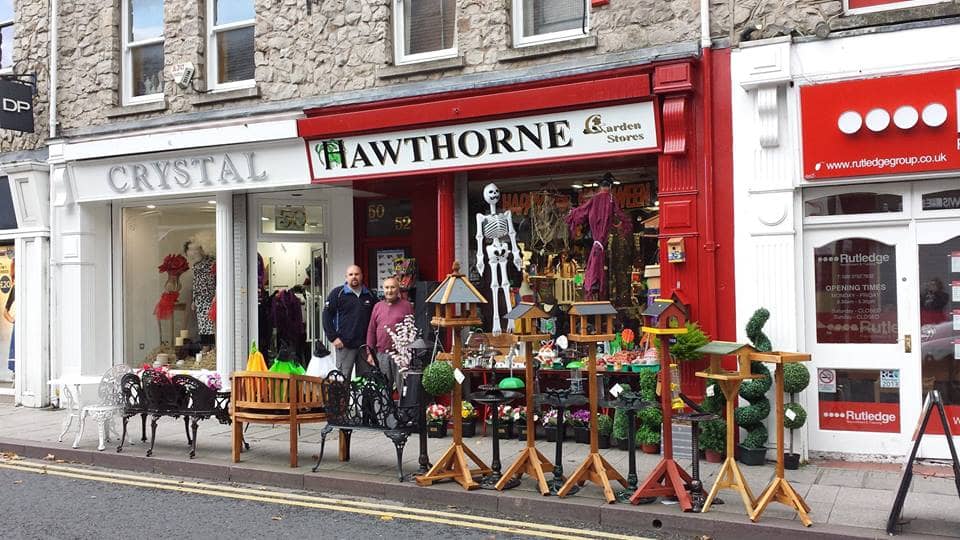 One of Armagh’s most well-known and hugely respected businesses, the Garden Stores at Scotch Street, is to close at the end of the month after half a century trading in the city centre.

Owned by the Hawthorne family, the Garden Stores Armagh has been a mainstay at the heart of the city’s commercial life since it opened in March 1964.

The business is currently having a closing down sale with stock greatly reduced ahead of shutting up shop, expected at the end of September.

It has not been an easy, but rather a necessary, decision for the family to make.

Current owner Peter Hawthorne had been taken ill eight weeks ago and was in the Intensive Care Unit in the Royal Victoria Hospital in Belfast.

He told Armagh I that the decision to sell had been taken as his recovery from illness would not allow him to return to work for another six to 12 months and he did not have any other staff to take over the day-to-day running.

He said: “The shop has been running very well over the past 50 years. My father and mother bought the shop in 1964 and 50 years passed in March.

“It used to be a fruit and veg shop and, when I took over 20 years ago, I changed it to a garden and Christmas shop.”

As Armagh I revealed almost three weeks ago, the business was put on the market. Refurbished 20 years ago, it is described by selling agent Property Link as in “immaculate order, both inside and out”.

The Hawthorne family have shown great faith in Armagh and commitment to the people of the city.

Thirty-one years ago, in 1983, the shop was destroyed when a bomb exploded in Scotch Street. But the family were determined to get back into business and they did just that, rebuilding and trading in the meantime out of portable accommodation, as the picture shows.

It will be an emotional experience closing down but the family have made some great friends over the years and have been fully appreciative of the support of the entire community throughout these past 50 years.

Peter said: “I and my mum and dad, Joy and Ernie, would like to thank all our customers over the years for their support and custom.”

On behalf of the people of Armagh and surrounding areas, Armagh I would like to say a huge ‘thank-you’ in return to Peter, Joy and Ernie for their years of faithful service, friendliness and commitment to the city, through good times and bad, and take this opportunity to wish them all the very best in the years ahead.

Pictures: Peter and Ernie Hawthorne outside the Gardens Stores Armagh (main), the business in 1972 (above left) and operating out of portable accommodation following a city centre bomb in 1983.