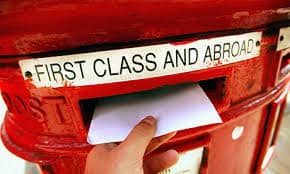 The public are being asked to report to police immediately if they receive a package in a white A4 envelope with address in grey stencil.

It follows the discovery of a suspicious package at a postal sorting office in the Great James Street area of Foyle.

The PSNI has confirmed tonight (Thursday) that the envelope contained a viable device.

She asked that the public be vigilant and report any such packages arriving in the post or anything suspicious.