Police ‘roo the day as marsupial post packs a punch 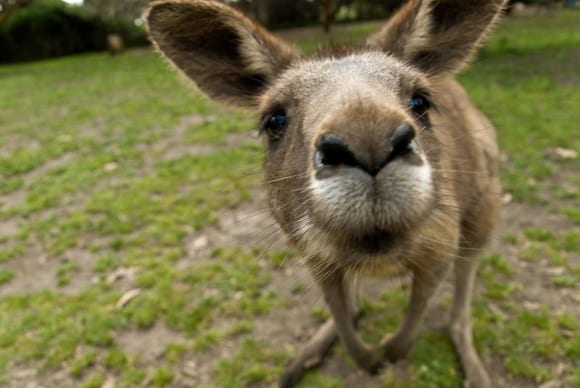 Police appeals for sightings of a kangaroo between Moy and Dungannon earlier today got a rare reaction on Facebook.

From the sublime to the ridiculous, the post by the PSNI in Fermanagh and South Tyrone has been quite a bit of media attention.

It’s not every day that you would expect to see a kangaroo round these parts – so when the police asked for help the public jumped on it!

The PSNI posted: “Last night we received a report of a ‘small kangaroo’ on the road between Moy and Dungannon. We weren’t able to locate anything that resembled a kangaroo so just wondered if anyone else saw it, or knows of any living in the area?”

There are of course the sensible suggestions, but then again…

Such a post was always going to spark a little bit of fun and banter and at least the PSNI were up for the craic!

“Had drink been taken?” asked one, to which the PSNI replied: “By the kangaroo?!”

This was followed by the inevitable: “Well it could have been by the person who saw the kangaroo!”

Seemed like a similar vein for many: “Maybe someone had too many mushrooms?,” suggested another.

Yet another brought more merriment in the form of: “Just seen the kangaroo mating with a sheep – farmer will have woolly jumpers for Christmas!”

There were suggestions that the small kangaroo sighted could have been a wallaby from a local farm in the area and, as with all posts, there are those who do take it seriously but, more often than not when something like this come along, those who do not…

Our personal favourite has to be: “Are you sure it wasn’t just a greyhound taking a dump?”