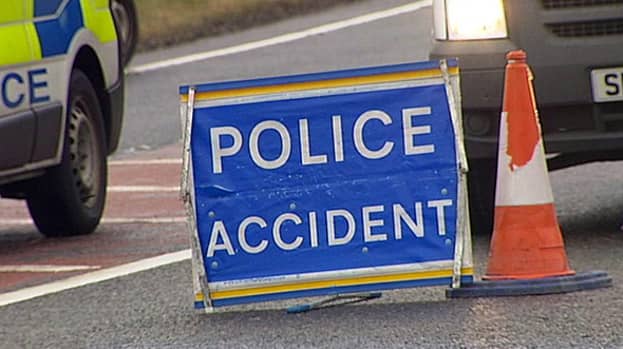 They were 19-year-old Niall Murphy, who came from the Newry area, and 67-year-old Joan Connor, who was from Drogheda.

The two vehicle collision happened on the Dublin Road.

Police are asking anyone who was travelling on the Dublin Road between 5.15pm and 5.40pm and witnessed the RTC or has any information in relation to it to get in touch with police in Newry on 101.

Mayor of Newry and Moure Cllr Dáire Hughes has extended sympathies to the families of those killed.

“The news of further fatalities on our roads has shocked and saddened the entire community and on their behalf  I extend deepest sympathies to the families of those tragically killed,” he said.

This afternoon, Sunday, the Officer in command of the PSNI’s Road Policing Team,  Assistant Chief Constable Stephen Martin,  commenting on the weekend’s road tragedies, said: “Five people have died on our  roads since Friday. The devastation this brings to families, friends and local  communities is immeasurable. Our thoughts are with all those who have been  affected by these tragic events both in Northern Ireland and further afield.”

Assistant Chief Constable Martin continued: “This sharp spike has again  brought into focus the real need for all road users to take responsibility for  their actions.

“The primary objective for everyone who uses our  roads is to keep themselves, and others safe. Every single road user has a  choice to make when they take control of a vehicle. How they exercise those choices can unfortunately sometimes mean the difference between life or death.

“If you choose to  speed, take drink and drugs then drive, fail to wear your seatbelt, drive  carelessly or dangerously you run the real risk of causing harm to yourself and  others.”
On Friday evening, two 24-year-old men died as a result of a two vehicle road traffic incident at the Ballyconnelly Road,  Cullybackey.

Also on Friday, a 25 year old foreign national, who had been  living in Northern Ireland for the last number of years, passed away following a  two vehicle road traffic incident at the Ardress Road, Loughgall area, which  occurred last Wednesday, July 30.

Yesterday afternoon, the deaths in Newry brought to 48 the number of people killed  on the Province’s roads so far this year.