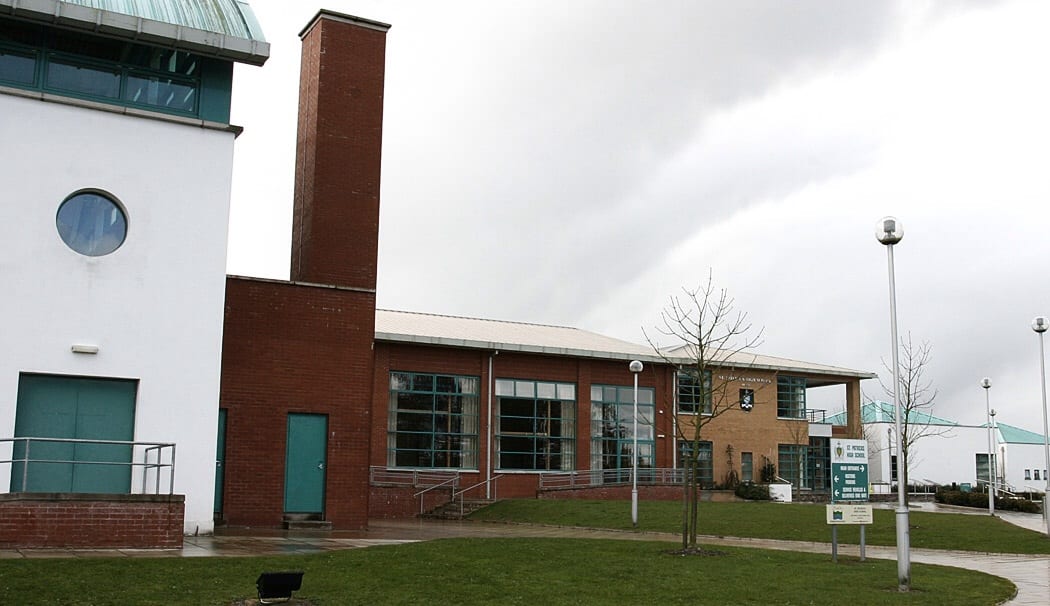 Pupils were evacuated after a small fire broke out at St Patrick’s High School in Keady today.

Three fire engines attended the incident which happened at 9.30am this morning.

A Northern Ireland Fire and Rescue Service spokesperson said: “We received a call at 9.31am to a report of a fire at premises at Madden Road, Keady area this morning.

“One fire appliance from Keady fire station, one from Armagh and one from Newtownhamilton attended the scene of a fire in the area.

“The incident finished at 10.31am and the investigation has been passed through to the Police Service of Northern Ireland.”

One pupil, who did not want to be named, said there was no widespread panic but that the halls were filled with smoke. He also added that there was some concern before it transpired that nobody was hurt in the incident.

The school will re-open as normal tomorrow.