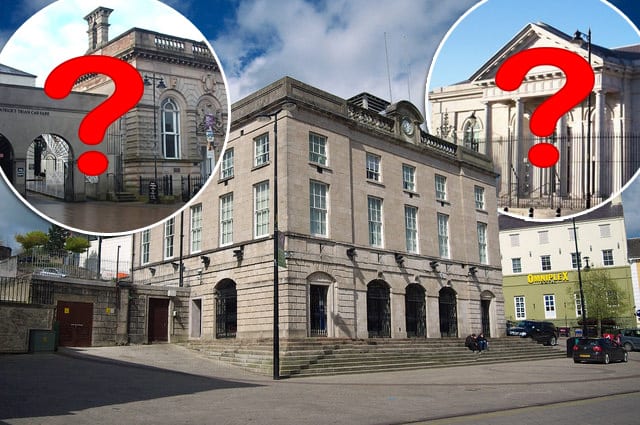 Two of Armagh’s main libraries could soon be amalgamated into a joint facility, with the anticipated multi-million pound refurbished St Patrick’s Trian expected to be their new home.

The Armagh branch library at the heart of city, on Market Street, and the Irish and Local Studies Library in the former City Hospital building at Abbey Street, will be uprooted as part of a Libraries NI business plan.

However, the shift poses plenty of questions regarding some of Armagh’s most iconic buildings.

The branch library move will leave the Market Street building, currently leased by the Education Authority, largely empty, bar the AmmA Centre on its upper floor . There is expected to be considerable efforts to have a tenant ready to move in, with the opportunity possibly open to the private sector.

St Patrick’s Trian is the front-runner for these plans and refurbishment of the largely empty building would cost in the region of £3.3m, as exclusively revealed by Armagh I last year.

Plans were at an advanced stage before the merger of the local councils with Armagh City and District Council having entered the pre-qualification questionnaire stage of the project.

And the renovation would be the first major works carried there since the Trian opened more than 20 years ago.

However, with concerns over the future of the Courthouse at one end of the Mall, there have been some suggestions of moving both libraries to that vacant landmark should the ongoing campaign to fight its closure prove fruitless.

That battle will resume following next month’s Assembly elections and the installation of a new Justice Minister – who, is is hoped, will be more sympathetic to the campaign’s supporters.

And due to the nature of the building’s listed status, very little work will be able to be carried out, making it a difficult sell for many prospective tenants but would be a more feasible option for the libraries.