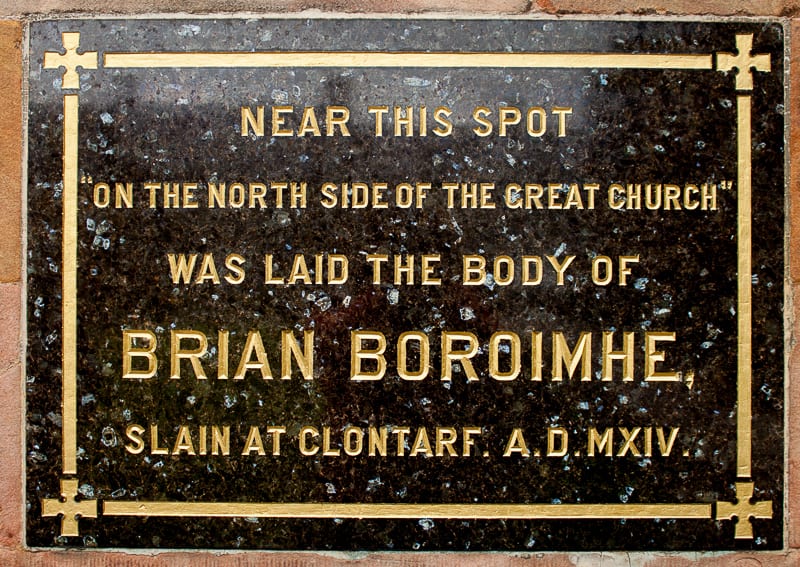 An application for the erection of a new £20,000 sculpture to celebrate Brian Boru will be officially advertised this week by DoE Planning Service.

The plans have been submitted by Armagh City and District Council and the intention is for the sculpture to be located within the Cathedral Gardens at St Patrick’s Church of Ireland Cathedral.

Listed Building Consent is required for the commission but it will not involve any material change to the Cathedral or surrounding buildings.

But it will, if approved at the proposed location, require the removal of a tree, although assurances have been given that this will be replanted elsewhere.

Armagh I exclusively revealed plans for the sculpture of Brian Boru, the only undisputed High King of Ireland, last August.

Armagh City and District Council went out to tender to find an artist to create the piece.

And in November, Armagh I again first reported that Co Mayo sculptor Rory Breslin, the man who crafted the beautiful sculpture on the Mall, to commemorate the 125th anniversary of the Armagh Railway Disaster, had been appointed to create a similar legacy work of Brian Boru.

He was chosen by a cross-party panel of local councillors and professional arts advisors.

His sculpture on the Mall of a life size bronze of a young girl – aged 10/11 years – in Victorian dress, barefoot, carrying a bucket and spade setting off on a Sunday School excursion, has been widely praised as a fitting and lasting tribute to the 88 who died in the Armagh Rail Disaster.

Now he is set to immortalise Brian Boru, who was killed at the Battle of Clontarf on Good Friday in 1014, and who is buried within St Patrick’s Church of Ireland Cathedral.

This sculpture, when completed, will be erected within the Cathedral Gardens.

Planning permission is expected to be granted within the next couple of months.