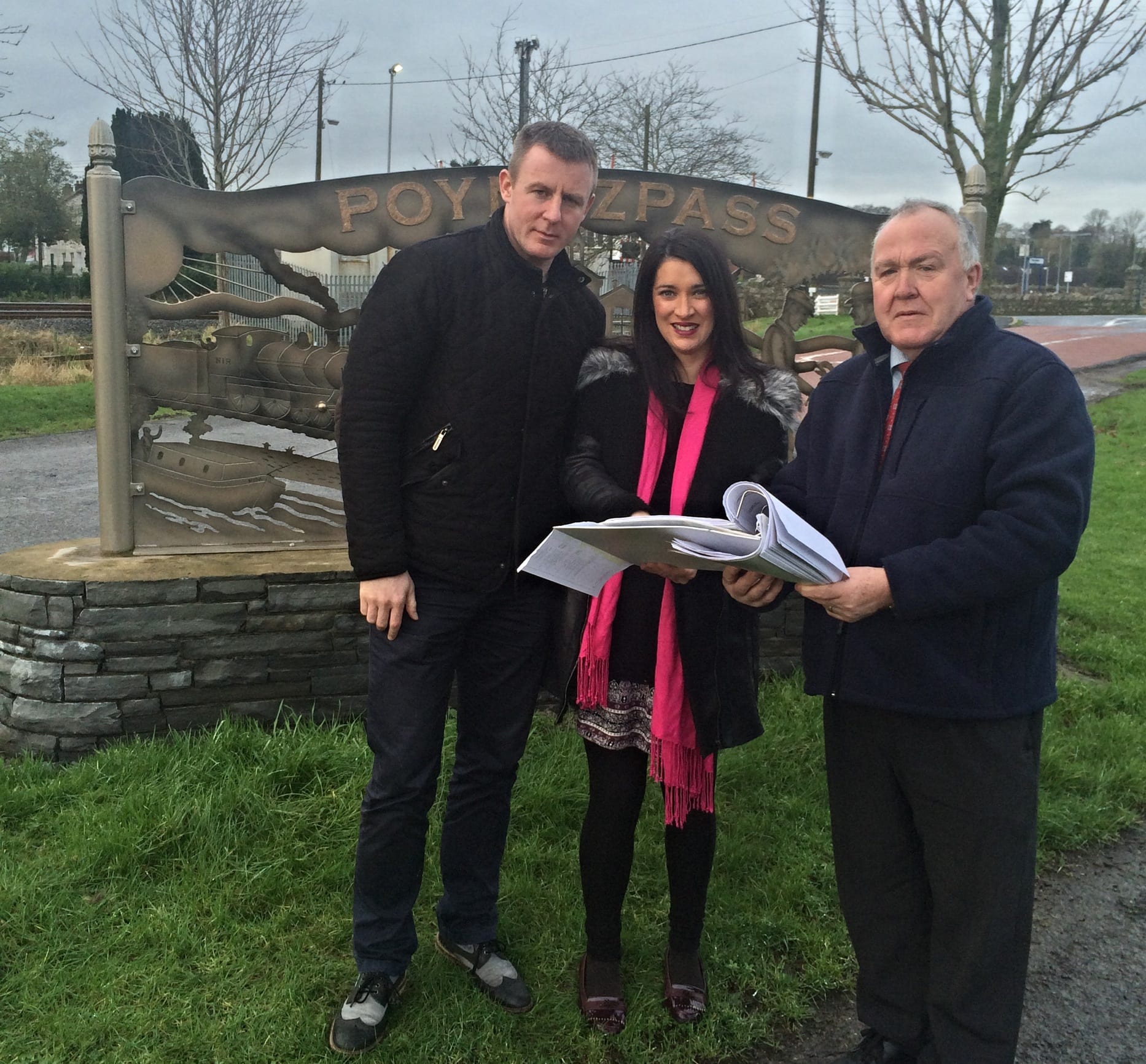 There is renewed hope of a play park being delivered in Poyntzpass village in the coming weeks and months.

Plans for a new state-of-the-art facility at Poyntzpass Primary School are described as being at an advanced stage.

SDLP Assembly Candidate Justin McNulty said: “There has been a huge demand for play facilities for the village of Poyntzpass for a number of years now.

“Cllr Sharon Haughey and Cllr Seamus Doyle have continued to keep this need at the top of the agenda in the new Armagh City, Banbridge and Craigavon Borough Council (ABC).

“I am delighted that their hard work has paid off and plans are advancing for a new state-of-the-art facility, which will be a play facility for the entire community. We are passionate about encouraging and facilitating greater physical activity for our young people and play parks are one of the ways this can be achieved.”

Cllr Seamus Doyle added: “Poyntzpass has a significant young population and the gaping need for a play facility is clear to be seen. We have two excellent primary schools in the village and the local GAA club and local Community Association through the Meeting Place provides excellent opportunities for the younger generation.  But what is missing is a shared space for children and younger people to play and develop together. “Over the coming weeks and months the Council will be consulting with the local community and I urge people to respond positively. I commend Poyntzpass Primary School for allowing their site to be considered for this dual use scheme and I know it will benefit the school children on a daily basis too.”

Cllr Sharon Haughey, who has been leading the campaign for a play facility for Poyntzpass for the past 10 years, said: “At long last we have real progress on this issue. For 9 long years myself and Robert Turner continued to secure funding through the old Armagh council for this project.

“However we never had a suitable and affordable site for the play facility and despite many attempts this delayed the delivery of a play area.

“In the final days of the old Armagh Council we requested for discussions to be opened once again with Poyntzpass Primary School who have the space, the security, and a central location.  I am delighted that these discussions have been positive thus far and I believe this will bring about the delivery of a fantastic play facility for children and young people who will reap the positive benefits from physical activity.

“We have other good examples in the district of how well dual use schemes like this one work. In Darkley, the school houses an impressive play facility which benefits the school children during school hours and the rest of the community thereafter.  This same model can work in Poyntzpass and will also further community development bringing together communities in a shared and safe play area.

“There is still a body of work to be done in terms of consultation, design, further negotiations with the school, and planning permission but I believe this project is now well on its way to delivery and I am delighted for the village of Poyntzpass and its people.”