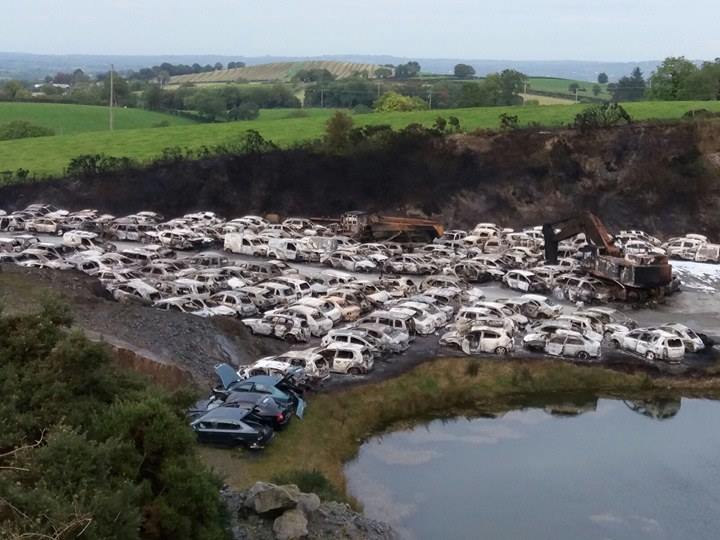 The pictures show the shocking extent of the damage caused during a suspected arson attack led to a raging inferno at a scrapyard near Keady.

Up to 300 vehicles were alight at one stage during an operation which took almost eight hours to bring under control.

Nearby residents told Armagh I of being awakened by a series of explosions during the early hours of yesterday morning (Tuesday).

“We weren’t 100% sure what or where it was but a number of fire engines raced past,” said one. “There was a lot of thick black smoke.”

The call was lodged with NI Fire and Rescue Service shortly before 2am and police were also on the scene.

Officers callers at the homes of residents in nearby houses and advised them to keep doors and windows closed due to the thick toxic fumes.

From 2am until 9.35am they battled the flames to bring it under control.

The site is located beside a disused quarry.

A spokeswoman for the NIFRS told Armagh I that as many 300 scrap cars were burned.

And she added: “The fire is being treated as deliberate and the PSNI will be investigating.”