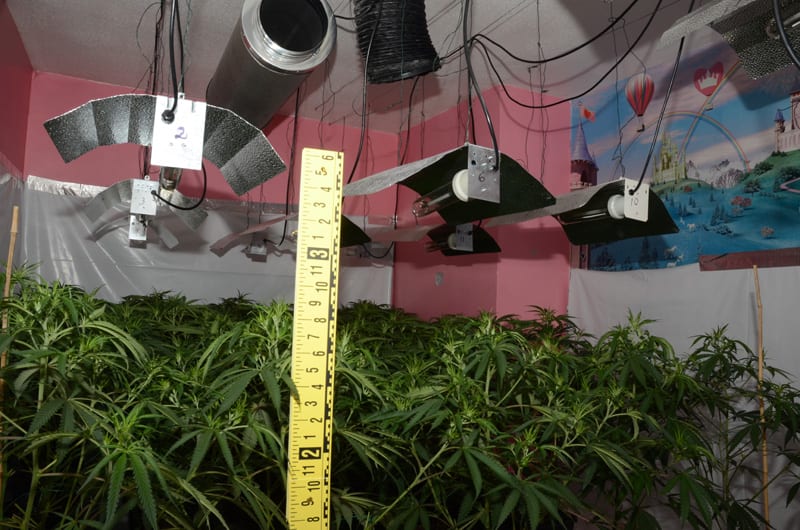 These pictures show the extent of the cannabis factory uncovered in Portadown, county Armagh earlier this week.

Approximately 500 cannabis plants were discovered in a property at Selshion Parade on Tuesday.

The operation centred on properties in the area of Mahon Close, Jervis Street, Selshion Parade and Fitzroy Street.

A 48-year-old man has been charged following the discovery.