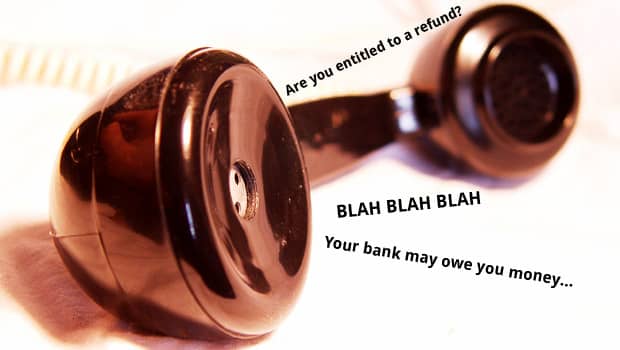 A number of Armagh I Facebook followers have contacted us today to express their anger at persistent ‘cold calls’ from one particular phone number over the past 48 hours.

They have asked us to share with others and encourage them to take steps to block it out.

One told us: “They just did not give up. I have had no less than five calls today and I never answer phone numbers which I do not recognise as it will probably be me that ends up paying for it. A short time after my phone rang my partner’s mobile rang and the same number came up on the display so I told her to ignore it.

“Where do these people get our numbers from? It’s either a coincidence or this particular number must really be touting for business today.”

Another, who did answer, said the caller claimed that there had been a change in government legislation and they would be able to help me “wipe out 70 per cent of my debts”.

“I found this hard to believe and a wee bit far-fetched. They claimed to know about loans that I had taken out but I don’t even have any loans, but if anybody thought they could be helped in this way then it might seem like an attractive proposition.”

A third Armagh I follower said: “They called my phone for a few seconds and it rang off before I even got a chance to get it out of my pocket. There was a voice message left encouraging me to hit ‘5’ as they could help clear my debts for me. I hate to think what kind of debt I would have been in if I had actually returned the call.”

According to one online website to help identify unsolicited callers, over 100 users have already commented and registered their annoyance at nuisance calls from this number alone in less than two days.

And it seems to be doing the rounds locally.

People should be aware that the cost of calling 0843 numbers varies. Although not officially recognised as ‘premium rate’, 0843 numbers usually cost more to call than a conventional 01 or 02 landline.

From a BT line, 0843 number call costs are typically up to around 5p per minute, but from a mobile phone, the cost of phoning 0843 numbers is commonly as high as 40p per minute. And 0843 numbers are usually not included in the ‘free’ bundled minutes in telephone contract deals.

0843 is not an ‘area code’ and 0843 numbers are not linked to any specific location. Calls to an 0843 number are routed to wherever the number’s owner chooses, which can be anywhere in the country or even overseas.

As 0843 numbers numbers usually cost more than a normal phone call, they can be used to generate income for the organisation being called.

Many phone companies now give you the option of blocking such cold sales calls.

But for anyone concerned, the link below is free for anyone to register their number and cut this type of nuisance out. It is a legal requirement for telemarketers and cold callers NOT to call any telephone number from 28 days after it has been registered with TPS.