Armagh I People of the Year: Étain Devlin and Daniel Wiffen shortlisted for Sports Personality award 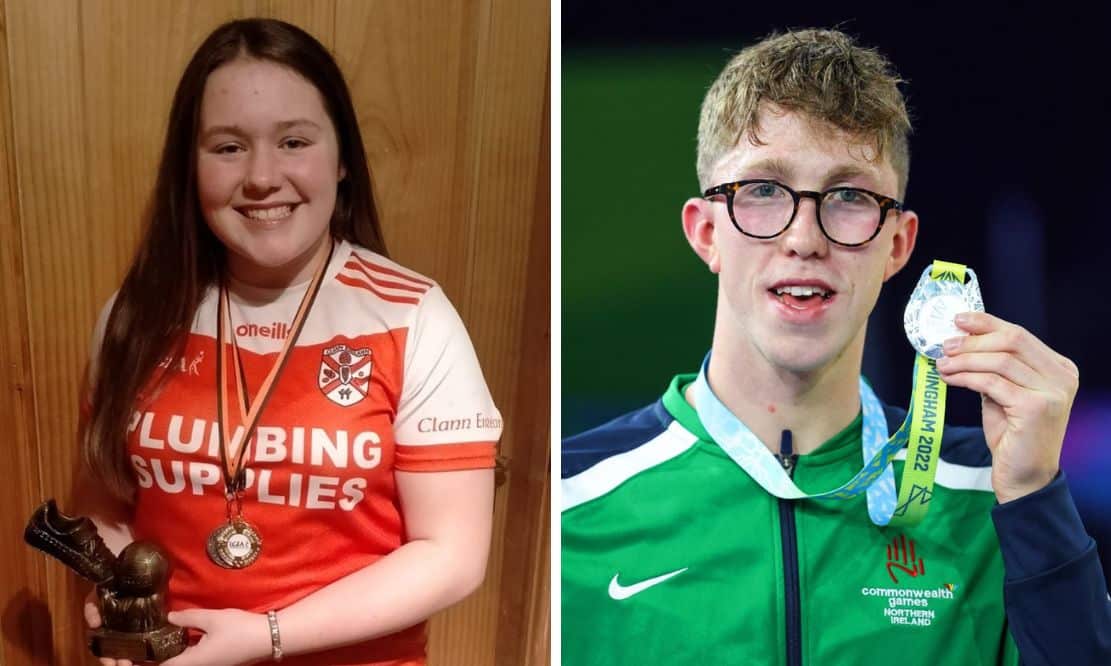 Sporting excellence can come in many forms and our two shortlisted finalists have demonstrated an exemplary contribution to their chosen sports.

The Sports Personality in a Sporting Arena award has been kindly sponsored by Sally McNally’s at the Corner. Our two finalists are Étain Devlin and Daniel Wiffen. Vote for your winner here. Étain is a 16-year-old who has many, many strings to her bow at such a young age. Outside of sport, she is a top student, a talented musician, and a carer for her her mother and younger siblings, all while working part time in a chemist.

Étain gained her 1st Dan black belt in jiu jitsu this year and was awarded an antique sword by her instructor for services to the sport.

The Lurgan teen also captained Armagh Camogie to an Ulster title and has helped her club St Enda’s win a Division One championship and league. She captioned St Ronan’s College to their first ever Ulster Colleges title. She also played her part in helping Clann Eireann reach the semi-finals of the minor championship but also claimed the U16 Division One Championship.

Étain also mentors young hurlers for the Sean Tracey’s club and was awarded a Gold Award for 100 hours volunteering by the GAA Goldmark scheme.

In Netball, she was selected for the Under 17  Northern Ireland National Team but could not commit due to time constraints. Vote for Etain here. 2022 was another incredible year for 21-year-old Magheralin swimmer Daniel Wiffen.

The former St Patrick’s Grammar School student represented Ireland at the Olympic Games in 2021 and backed it up with records and medals this year.

A rising star of aquatics, Daniel claimed silver in the men’s 1,500m freestyle at the 2022 Commonwealth Games; prior to the Games, NI had never won a medal in the pool.

In Budapest in June, Daniel also became the first ever Irish swimmer to make the final of a World Championship, placing eighth in the 800-metre freestyle.

He also became the first Irish swimmer to break 15 minutes for the 1,500m; but took his personal best down even further in December with an incredible time of 14:14.45. Did we mention the new Irish men’s 400m record he also set at the 2022 Scottish National Short Course Championships. An incredible year.