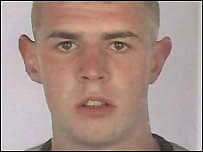 Sinn Fein has reiterated calls for anyone with information relating to the murder of South Armagh man Paul Quinn to pass it to the authorities.

Newry and Armagh MLA Cathal Boylan made the comments after a motion brought to the floor of the Assembly by the SDLP’s Dominic Bradley.

The debate in the Assembly comes on the seventh anniversary of the death of the 21-year-old, who died just weeks after beating brutally beaten at farm outbuildings close to Castleblaney, in Co Monaghan.

The family of the Cullyhanna man have always accused the IRA of being involved in his murder.

Today, Monday, Mr Boylan called for anyone with information of the murder of Mr Quinn to bring it to the PSNI or Gardaí.

The MLA made his call while speaking on an Assembly motion about the killing.

He said: “I unreservedly condemn the manner in which that young man lost his life. There is no, and can never be, any justification to take a life in such a manner. I hope that the family finds the justice that they deserve.

“To this end I add my voice to those of my colleagues before me, who have called on anyone with information on the murder of Paul Quinn to present that information to the PSNI and Garda Síochána.”

The Sinn Féin elected representative also expressed his disappointment at the “attempts by some and in particular the SDLP to once again make political capital out of the tragic event for their own political ends”.

Speaking in the Assembly Chamber, Mr Boylan stated: “This motion has been constructed, again, by the SDLP, in a manner that purposefully sets out to be as divisive and inflammatory as possible.

“There is little disguising that this motion has less to do with helping the Quinn family uncover the truth of what happened to their son and is more concerned with trying to fashion some sort of political point scoring exercise.

Meanwhile, Newry and Armagh Ulster Unionist MLA Danny Kennedy has said it is “time that the IRA acknowledged that its people were involved in the murder of Paul Quinn, in the same way that they were involved in abusing children”.

Speaking during the debate in the Northern Ireland Assembly, Mr Kennedy said: ”

“It is hard to think that seven years have now passed since the brutal murder of Paul Quinn, yet his family has yet to see any justice. Like many other families who have suffered at the hands of paramilitaries over the decades, they feel no closer to that justice.

“I truly admire the courage and determination of the friends and family of Paul, who have campaigned and continue to campaign for justice. For some — and some who sit in the Chamber — it is an uncomfortable truth that organised violence, serious crime and murder has occurred since the Belfast Agreement and other agreements.

“Make no mistake about it: this was a murder ordered and directed from Northern Ireland and carried out in the Republic of Ireland. Paul was a young man who was lured across the border to his death by the offer of a few hours’ work.

“The grief of those close to Paul was compounded by a very nasty campaign of misinformation by Sinn Féin and some politicians in the Republic. They did not want to focus on the IRA and Sinn Féin so soon after they had publicly accepted policing and justice in Northern Ireland.

“When we look back at the comments by the then Secretary of State, Shaun Woodward, in response to a question in 2008 from Alistair Carmichael MP in the House of Commons, knowing what we know now about the OTR scheme, amongst other things, the words take on a different meaning.

“Shaun Woodward said: ‘The choice for politicians in Northern Ireland is this: do we allow those who would be involved in crime or the sort of activity that led to the murder of Paul Quinn to determine the future of everyone in Northern Ireland? I do not think that we should’.

“Although Shaun Woodward went on to say that they should be dealt with by the law, it seems, in one sense, to appeal for people not to make much public comment on the issue and asks them not to rock the boat.

“That is exactly what Sinn Féin wanted — limited public comment and no rocking of the boat. My view is clear, and contrary to that approach. I believe that no victim or victim’s family should be denied justice for political expediency or to sidestep such an uncomfortable truth.

“All local representatives should make the same acknowledgement and provide the same commitment to fight for justice for Paul.

“We were told in recent days that the IRA has provided details to the gardaí of sex offenders that it relocated over a number of years. When it suits it, or when public pressure is so great, the Provisional IRA suddenly reappears and is able to assist with information.

“It is time that it acknowledged that it has information to provide on its own members, and it is time that it did so, because the murder of Paul Quinn is no less of a crime than the sexual abuse of children, and those responsible are no more entitled to their liberty.”

Speaking after the debate Newry and Armagh DUP MLA William Irwin stated: “The murder of Paul Quinn was a barbaric act, which in my contribution in Assembly Chamber, I compared to the brutal acts of murder currently being carried out by Islamic State fighters in Syria and Iraq.

“The planning of the murder from arranging to get Paul Quinn to the location to the systematic breaking of his entire body, was a ferociously savage act of slaughter and the fact that there are people in the community who know exactly who was involved in this murder, yet are not prepared to pass this information to the police, is a complete disgrace.

“At the time, Sinn Fein MP Conor Murphy labelled Paul Quinn a ‘criminal’ and attempted to portray it as a feud between criminal gangs. It’s time for Conor Murphy to retract that statement and explain why he misrepresented this brutal murder. He also needs to explain why, at the time of the murder, he was so happy to accept the ‘solid assurances’ of IRA members in the area that they were not involved.

“We are becoming increasingly used to Sinn Fein’s selective approach to justice and the truth. In some cases Sinn Fein will be vocal, even on an international stage, demanding the truth. In certain other crimes they will instead expend huge amounts of energy covering up and distracting from the truth.”

“I met with the Quinn family following the debate in Stormont and expressed to them my sympathies as their fight for justice goes on and I hope that somewhere in the community, someone will have the manners and the guts to come forward and at least start the justice process of righting what remains a catastrophic wrong.

“The family have not only been forced to endure the brutal murder of their son, but seven years of evasion and cover-up.”

Man arrested after £70,000 of cannabis found at Loughgall house

Committee set up to stop anti-social behaviour in Bessbrook