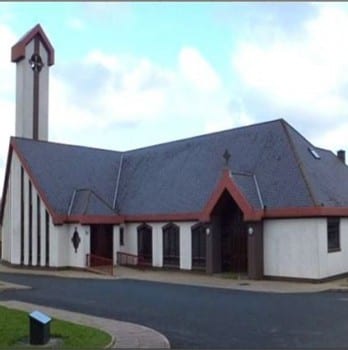 A County Tyrone teenager, who took his own life after being tricked into taking photographs, was being blackmailed for £3,300 by a Nigerian gang.

Seventeen-year-old Ronan Hughes had taken intimate photographs of himself after being sent images of a girl.

He was then told to hand over £3,300 or the pictures which he had taken would be shared with his friends on social media.

The talented young GAA player, from Coalisland, told his parents of the blackmail plot.

And now Gerard and Teresa Hughes have criticised the PSNI and claim their son would still be alive if more action had been taken.

Speaking to the Irish News for the first time since the tragedy, they revealed they had asked for the website to be taken down.

Mr Hughes said Ronan’s greatest fear had been that his friends would see the pictures but, when he took his son to the PSNI in Dungannon, he claims they were told there was only one police officer on duty.

“A policeman said to us there was very little they could do as he was there on his own that night,” Mr Hughes told the Irish News. “He scribbled down a few notes and told us to ignore the blackmail. He told us to come back the next morning.

“I knew Ronan was looking for help and I told him that all my son wanted is for these images not to be posted. He told us that he couldn’t guarantee that. For Ronan, it was totally dismissive.”

The blackmailers made good on their threat and had posted images just hours before the teenager took his own life.

Mum Teresa said she wanted other young people who may be subject to online approaches or cyberbullying to come forward.

She said: “We want there to be changes so if a child out there is being bullied online they can go to the police or other authorities with their concerns. We don’t want another family to go through what we’ve gone through.”

Boats vandalised in ‘very disheartening attack on the whole community’

Two companies hit with financial penalties of over £13,000

Interconnector planning application to be made public tomorrow

18-year-old suffers lacerations to his face in vicious assault