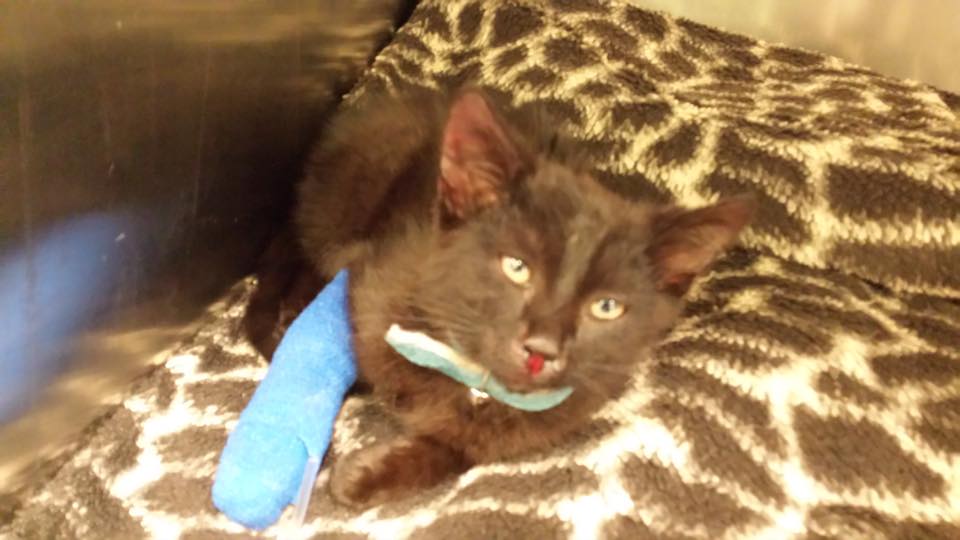 A cat was rescued from the M1 in Lurgan today after motorway police were dispatched to make the recovery.

The feline was left with a few minor cuts and suffering from shock but is currently being cared for by the Willow Veterinary Clinic in Portadown.

And now, the PSNI are keen to trace its owners. Cat rescued from the M1 in Lurgan

Earlier they posted this message on their Facebook page: “This little kitten thought it was a good idea to sit in the central reservation of the M1 at Lurgan earlier today and watch the traffic pass by.

“Thankfully, an observant passing motorist did the right thing and contacted police who were able to dispatch Road Policing Motorway officers based at Mahon Road to the scene who kept everyone safe and conducted a purr-fect rescue.

“He/she is currently being cared for by the Willow Veterinary Clinic in Portadown for minor cuts and shock. Please share to try and get this rascal back to their owner.”