Orange Order museum plan to be approved next month 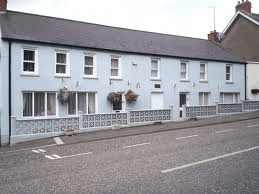 Plans to create a museum and offices in Loughgall, Co Armagh, part of an investment of almost £4 million by the Grand Orange Lodge of Ireland, will be formally passed early next month, Armagh I can exclusively reveal.

DoE Planning Service officials will present their monthly listings to Armagh City and District Council on Monday, January 6, with a recommendation to approve the development at Main Street in the village.

In October it was reported that the Orange Order was to receive a grant of almost £4 million from the European Union’s PEACE III Programme to develop two interpretative centres in Belfast and at Sloans House in Loughgall.

In a joint project to promote shared space and greater levels of reconciliation through education, the Grand Orange Lodge of Ireland and the County Armagh Grand Orange Lodge unveiled innovative plans to expand the Institution’s headquarters at Schomberg House and Sloan’s House, Loughgall.
The extension of Schomberg House will incorporate a museum, which will include a replica Orange Hall, displaying a wealth of items and artefacts relating to the history of Orangeism across the world.

The new state-of-the-art building will also incorporate a research facility and educational resource, with particular access for school and cross-community focused visits.

The refurbishment of Sloan’s House – where the first warrants were signed over 200 years ago – will include an extension to cater for an additional museum exhibition area and provision of detailed information relating to the early history of the Orange Order.

Five full-time staff will eventually be appointed to work at both sites which are planned to be operational by the summer of 2014.

The REACH Project (Reaching out through Education and Cultural Heritage) received £3.6 million from the EU’s PEACE III Programme, which is managed by the Special EU Programmes Body.

Grand Master of the Grand Orange Lodge of Ireland, Edward Stevenson, said the initiative was “one of the most significant projects ever undertaken by the Institution”.

He said: “The aim of this transformational project is to create understanding, education, tolerance and mutual respect through interpretation and creation of shared space. The creation of two unique educational and resource centres will tell the story of the foundation of the Institution as well as its traditions, development and place in wider society.

“Such world-class developments at both Schomberg House and Sloan’s House will also preserve and present the impressive historical collections of the Orange Order in a form that will encourage an informative and engaging learning process.”

He added: “We greatly appreciate the support of the European Union’s PEACE III Programme and the assistance of our own devolved administration as well as the Government in the Republic – all of which will make a huge difference to our ongoing outreach.”

Pat Colgan, Chief Executive of the Special EU Programmes Body, said: “Upon its completion, this EU funded project will promote a greater awareness of the history and traditions of the Orange Order. By proactively reaching out to people, on a cross-community basis, the Order will be able to demystify many of the existing perceptions of what it is. This open and honest dialogue will lead to a positive understanding of Orangeism and its place within our society.”

Match-funding for the project has been provided by the Department for Social Development in Northern Ireland and the Department of the Environment, Community and Local Government, in the Republic.

The Orange Order’s Director of Services, Dr David Hume, said: “We believe that outreach to the wider community is essential for the future of everyone in , and the REACH project will enable us to tell the story of the tradition through artefacts, presentations, exhibitions and a state-of-the-art interpretive centre.

“This will be an iconic project and we are delighted to have developed links with a number of museums who will be partners as we move forward with this very exciting plan, which includes an extensive outreach and educational project.

“We look forward to the development of the two sites and to bringing new staff on board who will work with us to market and develop what we will believe will be a major future venue for visitors, as well as a centre of excellence for outreach to the wider community and schools.
“This project will contribute to the essential aims of the PEACE III programme and we are committed to its success.”

Among the historical artefacts at Sloan’s House will be Sloan’s table, where the first warrants were signed, a bust of King William and a musket with bayonet used at the Battle of the Diamond.