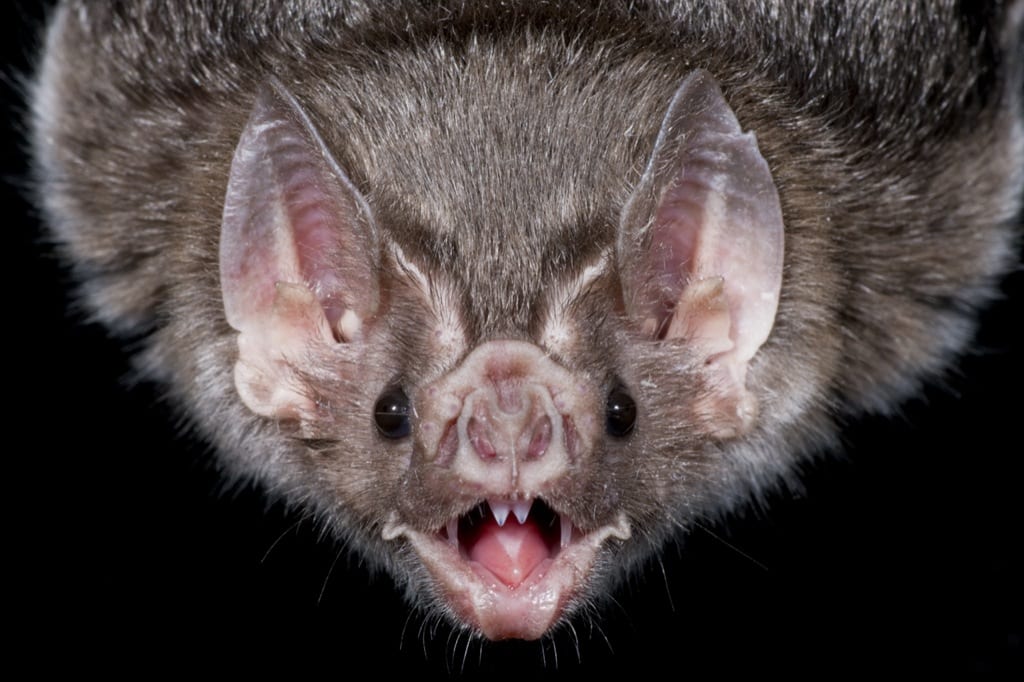 Plans for a major accommodation extension within the grounds of an Armagh nursing home have been refused permission – over concerns for the local bat population!

The plans at Hockley Private Nursing Home, at Drumilly Road, have been in the pipeline for the past six years.

But the application – submitted in the name of the Elim Trust Corporation in Bangor – will be presented by DoE Planning Service to Armagh City and District Council this Monday night with an opinion to refuse.

Two applications had been submitted but there were issues surrounding bats – a protected species – and Japanese knotweed, an invasive plant species.

It had been hoped to develop the existing outhouses and courtyard at Hockley to provide additional self-contained accomodation to the adjacent nursing home.

Amended plans had been submitted, as well as a plan in relation to Japanese knotweed in the area.

Planners have also said they had notified the agent and applicant under Article 7 (4) of the Planning (General Development) Order (Northern Ireland) 1993, that further details regarding the proposal were required to allow the Department to determine the application.

A second application relating to the same development refers to a bat survey but again states it “has not been demonstrated that the proposal will not have an adverse impact on a protected species”.

The plans were first submitted in June 2008 and there were no objections lodged from the public.

The site is described as being a large landscaped curtilage with a Listed Building – currently used as a residential nursing home – located within the middle of it and several outbuildings to the rear.

Located within the open countryside as set out within the Armagh Area Plan 2004, the site is also a designated an Historic Park.

It is subject too to a blanket Tree Protection Order.

The Department, in considering the plans, said the proposal would be assessed under PPS 6 and all other material guidance and considerations, including the Armagh Area Plan 2004.

PPS 6 states that the “Department will not normally permit development which would lead to the loss of, or cause harm to, the character, principal components or setting of parks, gardens and demesnes of special historic interest. Where planning permission is granted this will normally be conditional on the recording of any features of interest which will be lost before development commences.”

In considering the proposal, officials point out that the Hockley development would result in the loss of between 25 and 30 trees which form a part of the historic park.

An official report states: “It has not been demonstrated by the applicant that this proposal will not have an impact or cause adverse harm to the character or principal of the park.”

The application had been presented to Armagh City and District Council in September 2011, also with a recommendation to refuse.

At that time the application was deferred – along with the associated application for Listed  Building consent which had also been recommended for refusal at the same meeting.

Ongoing discussions took place with regard to the Listed Building concerns and the impact on the Tree Preservation Order trees in October 2012.

Planning officials say a case officer contacted the agent for a full set of working drawings for consideration and consultation, while another letter dated August 20, 2014 refers to a substantial amount of time having passed since the Department requested winter and summer bat surveys.

This requested that the bat surveys be submitted on or before September 15, 2014.

The issue of bats, says the Department, was first raised with the agent by email on June 11, 2013, advising that a survey may be needed, and this was confirmed by email a week later.

Further information was supplied and NIEA natural heritage reconsulted. Their response dated January 21, 2014, advised that they had insufficient information to consider the impact on bats.

The applicant, as is proper procedure, will have the right to appeal the recommendation to refuse the development.