Widespread disruption and chaos in Belfast and beyond on Eleventh night 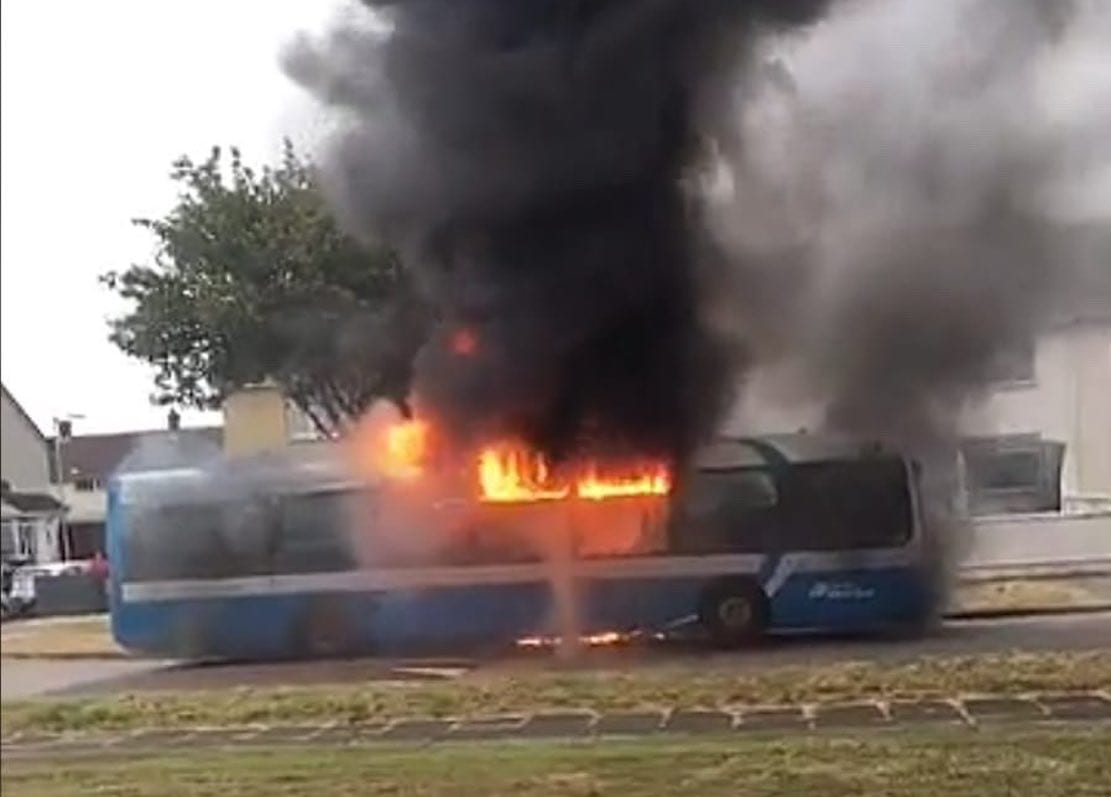 A night of trouble ensued as Eleventh Night bonfires were lit across Belfast and further afield.

While there were no major reports of disruption in Co Armagh, however, Belfast did not get off so lightly.

Police attended a number of security alerts throughout the day and into the night, with Belfast’s City Airport put into lockdown at one stage.

It came after a suspicious object was discovered on the Sydenham Bypass.

Despite being declared a hoax, passengers were forced to stay inside while the object was examined.

Suspect device at Belfast City Airport thought to be an elaborate hoax, road has since reopened and passengers have been allowed to leave the airport in the last few moments-@BelTel pic.twitter.com/pNP5XgakAT

It came after police had discovered the remnants of what is believed to be a viable pipe bomb type in Clandeboye Drive area of east Belfast.

A similar device was also discovered in Ravenhill Avenue.

A bus in Newtownards was hijacked around 7.30pm by a group of men, with one believed to have brandished a firearm.

Strangford MLA Kellie Armstrong said: “The Eleventh night is supposed to be a night to celebrate culture, not to destroy local infrastructure. The wanton actions of a minority determined to ruin our Community will mean money that should be spent to improve the area will now have to be spent fixing a burned road and to replace a torched bus.

“It may also mean delays and diversions for many people who are taking part or spectating tomorrow’s 12th parade in Newtownards.

“There is no need for this type of destruction. It’s time those who are behind this destruction to stop and consider the damage they are doing to the whole Community through their disgraceful actions.”

Assistant Chief Constable Alan Todd appealed to those who have influence in this community to discourage people from taking part in any illegal activity.

The Northern Ireland Fire and Rescue Service, between 6pm yesterday and 1am this morning, received a total of 327 emergency calls and mobilised to 164 operational incidents – a 23% increase on total incidents attended compared to last year.

The evening was exceptionally busy – between 10pm and midnight their Regional Control Centre handled an emergency 999 call every 48 seconds.

They responded to 57 bonfire related incidents compared to 56 last year. The most significant incidents occurred in Mid Ulster, Belfast, North Down and Causeway Coast & Glens.

Normal service delivery was maintained throughout the evening.

There were three attacks on Fire appliances in the Carn Hill area of Derry/Londonderry, Moygashel and Ballycarry.

No Firefighters were injured.