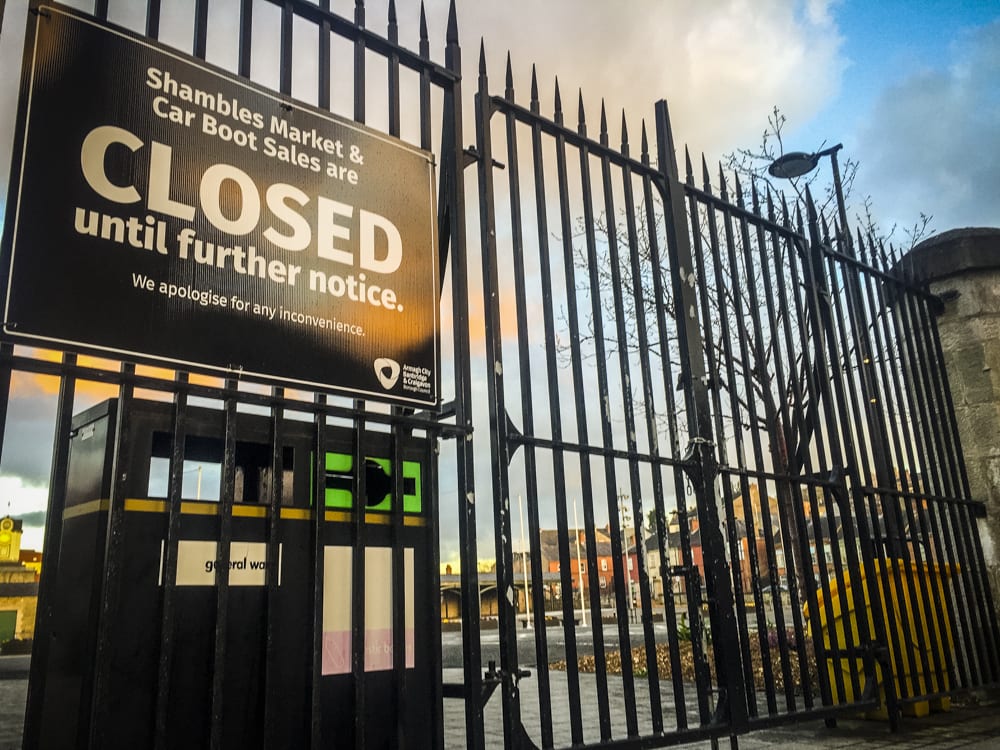 There have been twelve further Covid-related deaths reported by the Department of Health today (Thursday).

Ten of these occurred in the last 24 hours, with the other two just outside this timeframe – according to the official dashboard – which has the overall total now at 1,154.

There have been no further deaths in the Armagh, Banbridge and Craigavon borough, where the total number of lives lost remains 114. The death toll in the Newry, Mourne and Down district is now at 74. A total of 96 people have died in the Mid Ulster region.

There were a further 656 cases reported in that timeframe, with 85 in Armagh, Banbridge and Craigavon (highest in NI) and a further 73 in Newry, Mourne and Down. There were 61 cases in Mid Ulster.

A total of 3,439 individuals were tested.

There are 460 people now in hospital as a result of the virus, 32 of whom are in intensive care units.

Sixty-three patients are in Craigavon. To date, 648 patients have been discharged from the Co. Armagh hospital.

There are 12 Covid patients in Daisy Hill, with 12 also in Lurgan Hospital, while there are four in south Tyrone hospital.

The BBC is reporting that ministers could approve the drastic measures, which could begin a few days after Christmas, on December 28.

The Executive is currently discussing measures, which have been described by the Health Minister, Robin Swann, as “robust and extreme”.

Speaking at a press conference on Wednesday, Mr Swann said: “People will look to the executive for a robust intervention and rightly so, but let’s remember the power is in all our hands – we can stop the virus spreading.

“We now once again need a united front across society to get us through this period and into better days,” he added.

Speaking on the BBC’s Nolan radio programme, he said: “If there is to be a lockdown, then let’s all take the pain and go for a full lockdown. Go back to what we did in March April, and get this under control.

“If it’s going to be a lockdown, we can’t do partial lockdowns again, we’ve seen the hospitality sector be locked partially repeatedly, and the rate still goes up.

“To go again and say we’ll pay for a partial lockdown on the 28th, history has taught us, we can look back and say it hasn’t worked.”

He added: “What worked was a total lockdown that actually brought the virus under control and hopefully that then will allow us all to reopen sustainably and permanently and tie in with hopefully vaccines and mass testing.

“Getting a handle on it now would be good for our health and the economy.”