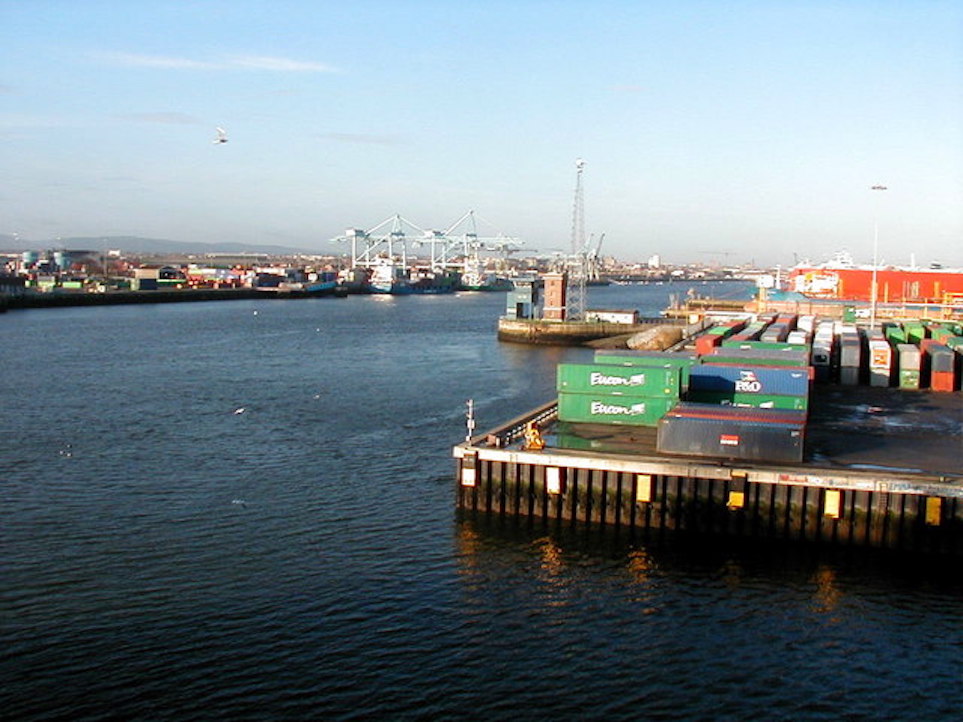 A man in his 20s from Northern Ireland is due in court on Saturday afternoon in connection with the deaths of 39 people found in a lorry in Essex.

Gardai arrested the man at Dublin Port (pictured) on Friday morning. He had arrived into Ireland on a ferry from France.

It is understood detectives want to speak to him in connection with the movements of the container before it reached England.

He is set to appear before the Criminal Courts of Justice at 4.30pm today.

Four other people are currently in police custody helping them with their enquiries into the deaths.

The 25-year-old lorry driver from Co Armagh remains in policy custody after being arrested on Wednesday morning.Police have been granted extra time to interview him.

On Friday a man and a woman, both aged 38 and originally from the Republic of Ireland, were arrested at their home in Warrington, Cheshire, on suspicion of 39 counts of manslaughter and people trafficking.

The bodies of eight women and 31 men were discovered in the refrigerated trailer in Grays, Essex, in the early hours of Wednesday.