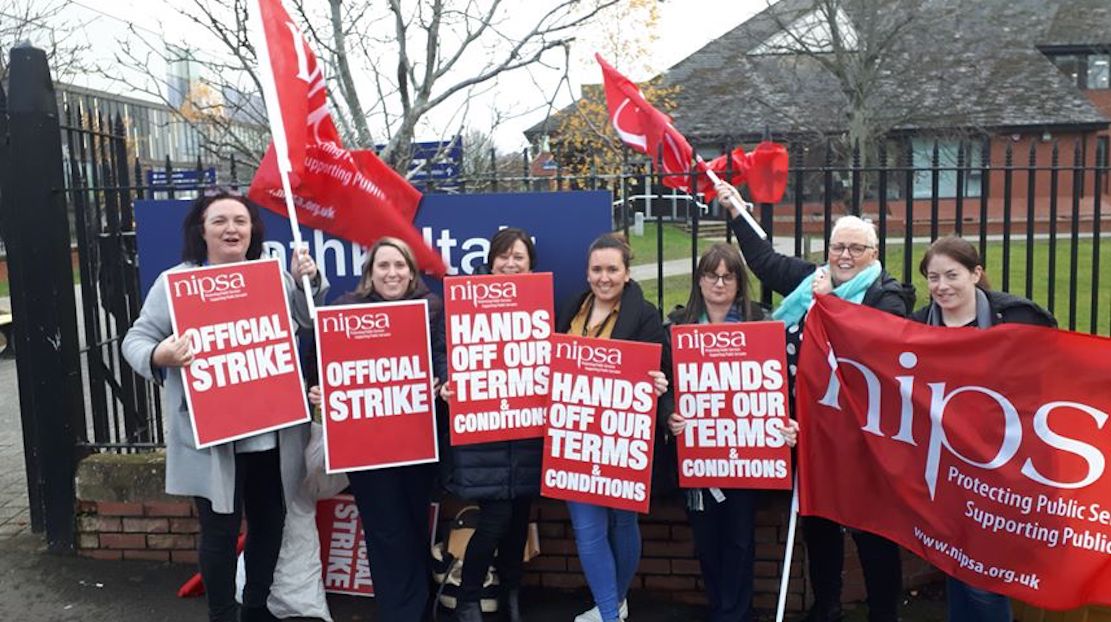 A one-day strike by Northern Ireland’s civil servants – who are members of the trade union NIPSA – will go ahead this Friday as planned.

Representatives pressed home the case for a pay increase for civil servants.

And after the meeting, the union said members would not be left behind on the issue of pay and terms and conditions.

Alison Millar, NIPSA General Secretary, said Minister Murphy had acknowledged the work carried out by thousands of civil servants, particularly when the NI Assembly was not functioning, and indicated a desire to seek to resolve the long running dispute.

She said: “He indicated that the NI Executive had met earlier in the day and the issue of the finances was of major concern.

“In doing so he indicated he was meeting with the Treasury on Thursday and would be pressing the case for more money for Northern Ireland.

“NIPSA made it abundantly clear that civil servants were frustrated and angry that they were not being treated with the same urgency as health workers.

“He reiterated his desire to seek to resolve the dispute and would not drag his heels in seeking a resolution.

“The Minister further indicated he had given his officials scope to commence the negotiations and NIPSA will engage with the management side tomorrow (Thursday) as a first step in seeking to resolve the dispute.

“It was made clear however that our action would continue until a resolution of the dispute was secured which would be acceptable to members.”

In the meantime the one day strike on January 24 will proceed.

NIPSA is encouraging members to attend the picket line at their workplace or one close to home.

NIPSA says they should send a very visual message to the public and the elected representatives, as the health workers had done in massed pickets in December, showing they were serious about seeking a just outcome for their pay and safe staffing.