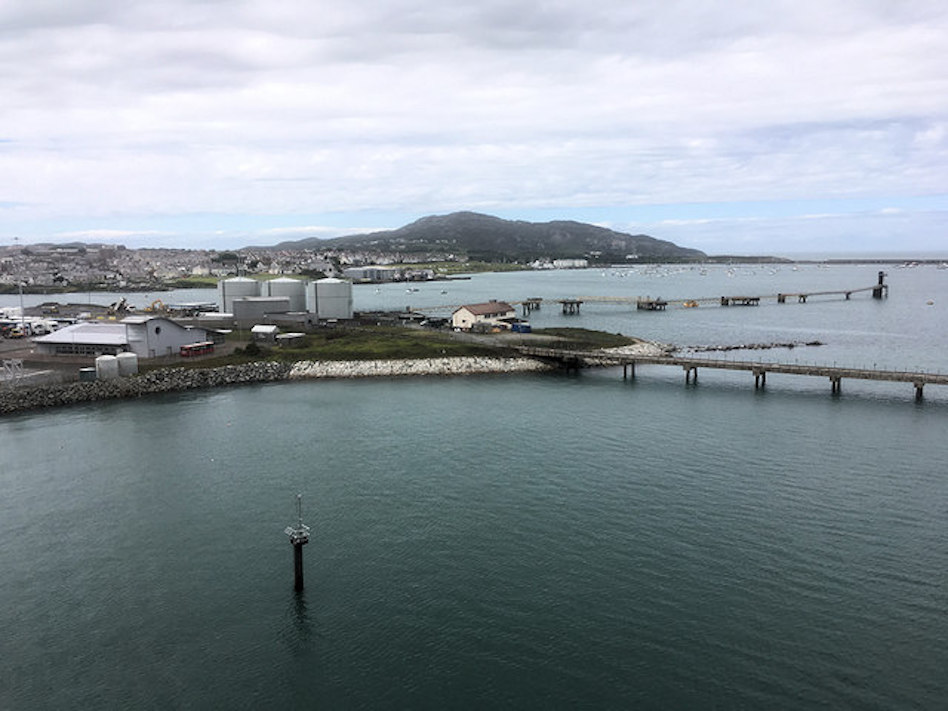 The bodies of 39 people have been found in a lorry container in Essex.

The 25-year-old lorry driver from Northern Ireland has been arrested on suspicion of murder.

Essex Police said they believe 38 adults and one teenager have died.

The ambulance service was called shortly before 1.40am on Wednesday following the discovery at Waterglade Industrial Park, Eastern Avenue, Grays.

Police said the lorry came from Bulgaria and entered the country via Holyhead (main image) on Saturday.

Chief Superintendent Andrew Mariner said: “This is a tragic incident where a large number of people have lost their lives. Our enquiries are ongoing to establish what has happened.

“We are in the process of identifying the victims, however I anticipate that this could be a lengthy process.

“We believe the lorry is from Bulgaria and entered the country at Holyhead on Saturday, October 19 and we are working closely with our partners to investigate.

“We have arrested the lorry driver in connection with the incident who remains in police custody as our enquiries continue.

“I appreciate this cordon is going to disrupt the activity of local businesses in the area and we will work to ensure that disruption is kept as short as possible. We are working with Thurrock Council to mitigate against any impact our investigation scene will have locally.”