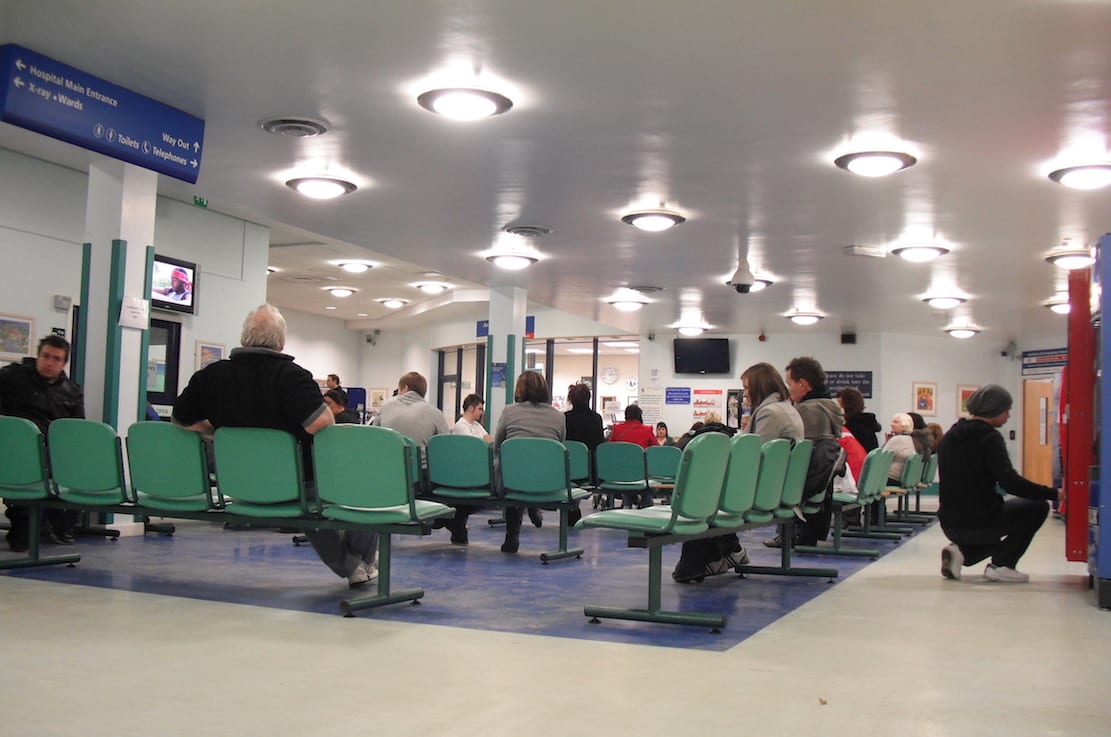 Thousands of adults and children missed out on potentially life-saving scans after services grounded to a halt due to Covid-19, it has emerged.

New figures show the number of patients waiting more than nine weeks for hospital treatment increased to more than 42,686 at the end of September.

That’s compared to fewer than 35,000 on the same date last year.

South Eastern Trust patients suffered the worst of setbacks among the six health trusts with a 23% increase in the number of people waiting more than nine weeks to either get a diagnosis or the all-clear.

The data – which have been analysed by the BBC’s Shared Data Unit – shows the impact of coronavirus on Northern Ireland’s health services.

Health boards were asked to suspend all non-urgent elective treatment earlier last year as the NHS was put on an “emergency footing”.

The statistics show that 6,805 people have been waiting more than two months for a CT or MRI test up to September 2020 in the South Eastern Trust.

The health board has a total of 16,113 waiting for treatment, with 6,438 getting treatment under nine weeks despite the pressures hospitals are facing due to coronavirus.

The pandemic has also led to a backlog of patients awaiting treatment across Northern Ireland.

Elsewhere, in total, almost 80,000 waited in total for treatment up to September last year across the country – a 10,000 increase when compared to the year prior.

The Southern Trust had the most patients (19,464) on their waiting lists, an 11% increase in the number of people (12,294) waiting more than nine weeks for treatment.

The Belfast Trust also had a 14% increase in their waiting numbers, 9,466 of those waiting more than the set target for an MRI or CT scan.

The Department of Health (DoH) had previously set a target of 75% of patients waiting no more than nine weeks for a diagnostic test, with no patient waiting longer than 26 weeks by March this year.

The Northern Trust – who had the highest number of patients on waiting lists in 2019 – reduced that number from 28,836 to 19,350. Around 9,360 of those patients have waited more than two months for diagnostic test.

Meanwhile, the Western Trust had the lowest numbers anywhere in Northern Ireland (7,047) despite more than twice the number (1,801) of people waiting several months for treatment.

Jodie Moffatt, head of early diagnosis at Cancer Research UK said she was “very concerned” about the impact the virus will have on cancer.

She added: “The length of time people are waiting for a scan will be having a negative impact on their diagnosis.

“Those patients could be diagnosed with a more aggressive, later stage cancer. That will limit the treatment options available to them also.

“There is a cohort of patients out there that have not been diagnosed yet – and who knows what state they will be in when they are.”

The DoH said they expected the figures would be “even worse” following the Covid-19 pandemic.

However, a spokesperson for the DoH said while elected waiting times were “unacceptable” before the pandemic, Covid-19 had “inevitable and serious impact” on waiting lists here.

A DoH spokesperson said: “The Minister of Health remains committed to these priorities albeit the timescale and the scale at which the unacceptable waiting lists can be tackled will be greatly influenced by the ongoing impact of COVID-19.

“The availability of sustained and substantial investment and additional staffing will also be critical in reducing waiting times and the Minister will work with his Executive colleagues in this regard.”

Consultant radiologist Dr Nick Screaton, Vice president of the British Institute of Radiologists said the backlog had a “big impact” on those with more advanced cancer and heart disease.

He said there would need to be a “multi-faceted approach” if a solution was to be found over the next “five year period”.

“We need to recruit from abroad and I know trusts are already making great efforts to do that,” Dr Screaton said.

“It is important to reinforce the scanner capacity as well – it isn’t just a workforce issue. For example those hospitals with only one scanner cannot operate a ‘hot’ and a ‘cold’ one for Covid and non-Covid patients.

“Smaller hospitals are more likely to have been hit harder in the amount of scans carried out.

“The NHS will also have to think more broadly about doing things differently. I think people will be much more willing to listen to the idea of regional diagnostic hubs as a result of the crisis.”