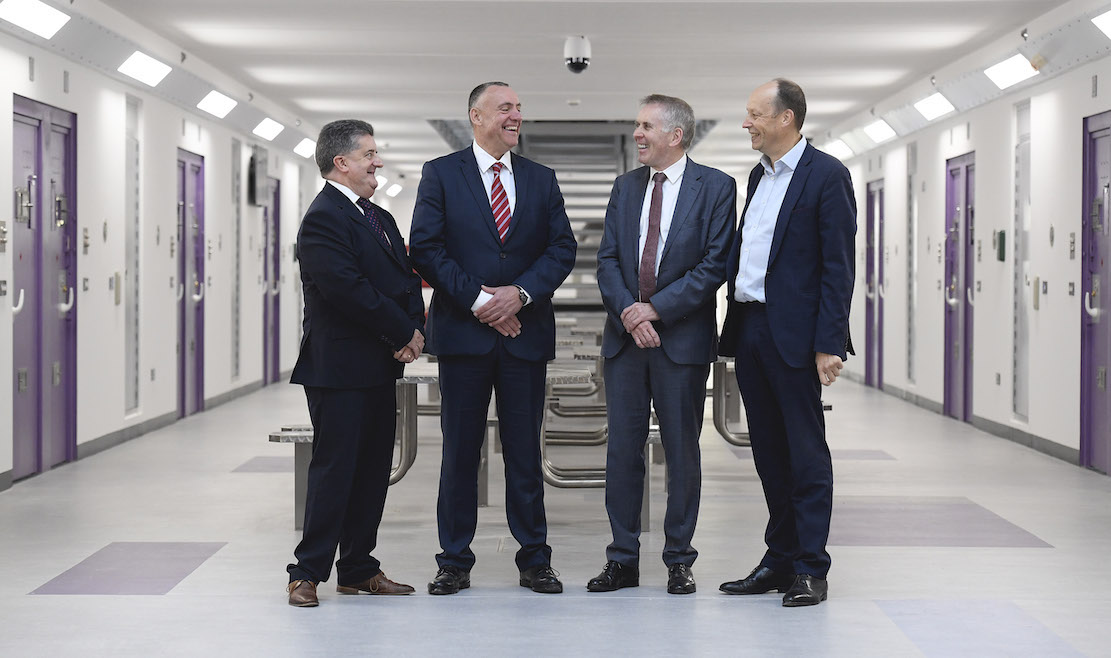 The official opening of a new £54m accommodation block at Maghaberry marks the beginning of a new era for the Prison Service, the Head of the Civil Service has said.

Speaking today from Davis House, a state of the art facility incorporating 372 cells, David Sterling said: “Davis House marks the beginning of a new and innovative chapter for the Prison Service.

“It will support the staff at Maghaberry and its partners in delivering key Programme for Government priorities, not just in relation to justice but also in terms of healthcare, education, skills and employability.”

Built by Magherafelt based construction company, Henry Brothers Ltd, Davis House is named after the late Stephen Davis, Governor of Maghaberry, who passed away in 2017.

It is the largest capital build undertaken by the Northern Ireland Prison Service (NIPS) in over 30 years and the largest within the Department of Justice since it was established in 2010.

Paying tribute to everyone involved in delivering the project on time and on budget, David Sterling added: “The scale and complexity of the building is very impressive; and it clearly demonstrates how the public sector can efficiently deliver major capital projects. From design through development to completion, this has been a real team effort which has created local jobs, making a significant contribution to the Northern Ireland economy.”

Ronnie Armour, Director General of the NI Prison Service, said: “The opening of Davis House is a hugely significant day for everyone in the Prison Service. The building has been designed to put rehabilitation at the centre of everything we do and to support those who are vulnerable and have particular needs.

“Just over three years ago, Maghaberry was described as unsafe, unstable and one of the most dangerous prisons in Europe. Inspectors now say it is delivering some of the best outcomes it has seen. Davis House is the next step in Maghaberry’s evolution.

“This investment will help the Prison Service, and our partners, to support and challenge the men in our care to change. That is our primary role, and that is how we play our part in building a safer community.”