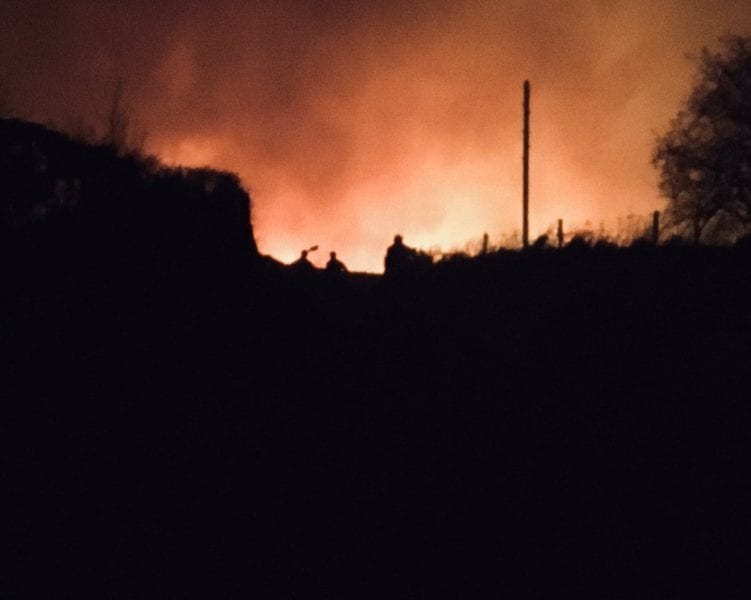 Mr Brown thanked members of the public who helped his crews battle the blaze, and preventing it from reaching two nearby farmhouses.

Mr Brown was among 13 firefighters who were called to deal with the blaze.

Speaking to BBC NI, Mr Brown added that members of a local community group had been “brilliant” in assisting his crews to protect the houses on Fingrean Road.

However, at one point, firefighters had to ask local politicians to issue call on members of the public to clear the road.

The operation is continuing this morning (Thursday).

🔥 Community volunteers stepping forward at a moments notice with their shovels to assist the fire brigade tackle a major gorse fire outside Loughmacrory, near Omagh pic.twitter.com/orJApk4x4e