Man shares ‘paralysing’ sextortion experience to save others the embarrassment

'Literally, seconds later, they had my face on camera and sent a screenshot of that and of a video of me doing what I did. All the proof they needed, they had it. They said if I didn’t send them £500 they would send it to my Facebook friends' 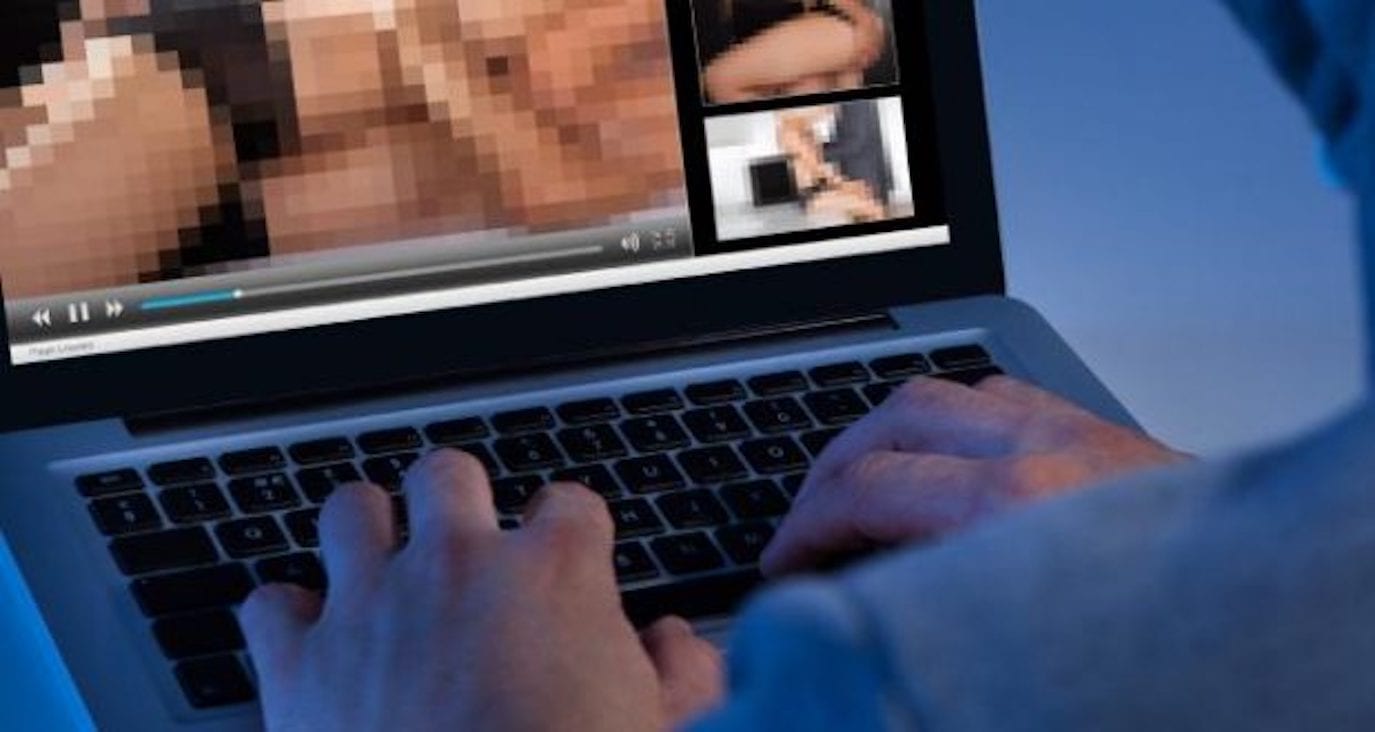 A young Northern Ireland sextortion victim has spoken out about his experience in a bid to raise awareness about the crime and to prevent it from happening to others.

The man, who prefers to remain anonymous, revealed he was just 21 years old with the nightmare beginning just minutes after he accepted a Facebook friend request from a female he did not know.

Within minutes, he was bombarded with messages, followed by video calls.

“Then they asked if they could see me,” he explained.

He then exposed himself, adding: “You get hormonal and I thought, why not?’

After this the criminals then asked to see his face.

“Literally, seconds later, they had my face on camera and sent a screenshot of that and of a video of me doing what I did. All the proof they needed, they had it. I went into severe panic mode then and they said if I didn’t send them £500 they would send it (the video) to my Facebook friends,” he said.

“They also had all my contacts and they created a group chat of my family and threatened to send it to them. Obviously, the people who are closest to you, you don’t want them to see that type of thing. They caught me off guard completely.”

Upon realising he was being blackmailed, the young man said: “I was mortified and really embarrassed, just severe anxiety came all over me. Like I was shaking.”

“You either risk it and let them send it out, or give them the money. For me, telling someone else, especially someone so close to me, meant I had support and someone could help me through it,” he said.

Advising other potential victims, he said: “I honestly couldn’t believe it happened to me. You think ‘it will never happen to me; it’s stuff people go on about’, but it’s very common.

“The severe anxiety was paralysing, it was really bad, and I can only imagine how bad it would have been if I didn’t do something about it straight away. You have to act fast because the longer you leave it, the worse it’ll get.”

In addition to the support he received from family and friends, he also praised police.

“The police told me exactly what I needed to do to protect myself online. I was very reassured. They were very helpful and professional,” he said, adding, in the end, nothing came of the cyber threats.

“All that worry was for nothing. It was just for money and they didn’t get the money so they moved on to the next victim,” he said.

However he did admit: “There was still that fear lurking over me for weeks, and I was thinking they could still send the video out, but I suppose I just got on with it and it turned out OK.

“The best thing is not to worry. You don’t have control of what just happened.”

He added: “I was a victim of a crime and a survivor. I made a mistake and I learned from it, but everything is good, and I am in a really good place.”

A recent spike in incidents of online sextortion has prompted the PSNI to issue advice and reassure victims that help is at hand.

Detective Inspector Anthony Kelly, from the Criminal Investigation Branch, said: “We are aware there has been an increase in the number of sextortion cases reported to police across all Districts in Northern Ireland recently.

“I would like to reassure anyone who finds themselves in this position that police are committed to fully investigating reports of online sextortion when it is reported to us.”

Sextortion is a form of blackmail where a criminal threatens to reveal intimate images of the victim online unless they give in to their demands. These demands are typically for money or further intimate images.

Detective Inspector Kelly added: “We also need victims of sextortion to report it. Please be aware that criminals might befriend victims online by using a fake identity and then persuade them to perform sexual acts in front of their webcam. Criminals then threaten to share the images with the victim’s friends and family.

“This can make the victims feel embarrassed and ashamed, and prevent them from coming forward to report the incident. Perpetrators can be located anywhere, targeting a number of people, targeting victims through dating apps, social media or webcams. Many are based overseas.

“For the criminal, this is a low risk way to make money and they can reach many victims easily online. Criminals will always exploit any opportunity to extort money from unsuspecting members of our community, but together we can stop it.

“We believe these types of crimes are generally under reported and that, in some cases, people prefer to pay money rather than contact police. Even though it may be embarrassing, anybody who is the victim of such a crime should be reassured that we are able to deal with it and we will have dealt with these scenarios before.

“We urge anyone who has been the victim of cyber related blackmail to come forward and report it to police on 101 or 999 in an emergency as we can help you.

“We are keen to raise awareness of some steps you can take so this doesn’t happen at all. I would appeal to people to take on board the following online safety advice:

· Do not share intimate videos online.
· Do not get lured into compromising situations such as removing clothes or performing intimate acts online
· Always remember that what goes online may well stay online
· Be wary about who you invite or accept invitations from on social networking sites. Do not accept friendship requests from complete strangers
· Update the privacy settings on your social networking accounts so only people you know can view your account
· Do not include any sensitive, private or confidential information in profiles
· If you use online dating sites, choose those that offer the ability to email prospective dates using a service that conceals both parties’ true email addresses
· Also on dating sites, set up a separate email account that does not use your real name.
· Quickly block nuisance and fraudulent users from further contact with you and also report them for abuse
· If you become a victim of this type of scam, do not respond to the blackmailer’s demands, report the issue to the police and the relevant social networking site
· If you think that you have been persuaded by anyone to part with payment details, contact your bank or card issuer immediately.”

If you would like to speak to anyone concerning any issues you may have please call the 101 number. Or report your concerns anonymously to Crimestoppers on 0800 555 111.