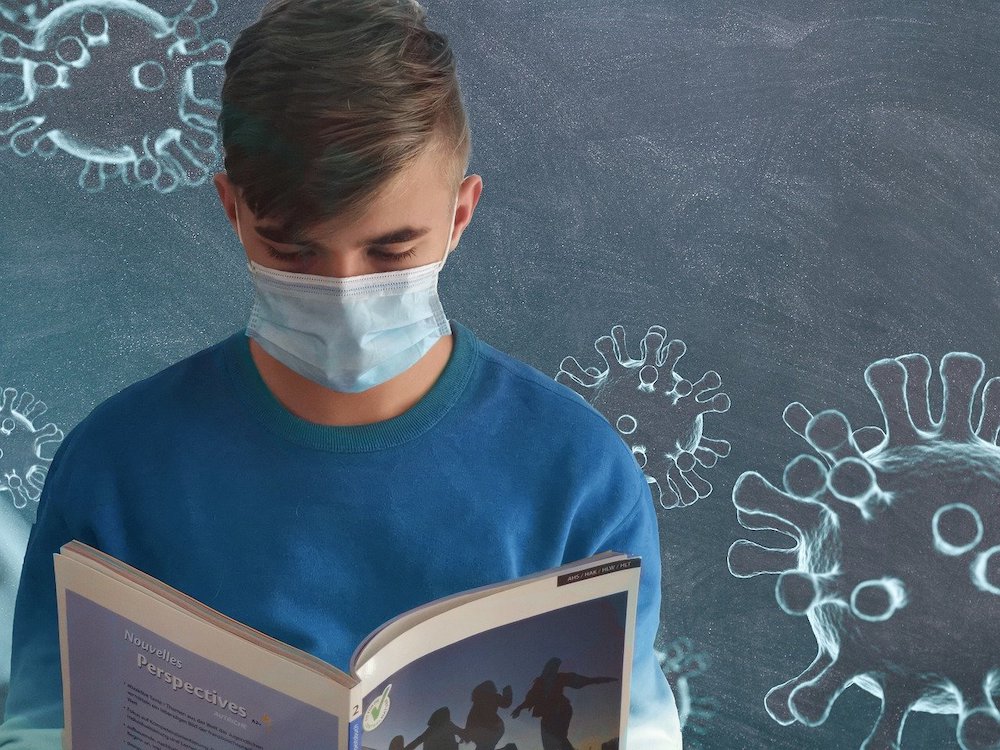 Lawyers acting on behalf of a secondary school child have launched a legal challenge against Commissioner for Children and Young People on the “failure to intervene and advocate” for the removal of the masking of children in post-primary schools.

Solicitor Stephen Atherton advised pre-action correspondence has been issued, outlining what was seen as the discrimination suffered by children in this jurisdiction, which is contrary to their counterparts in England.

He said: “We have further highlighted the absurdity and irrationality of adults in tightly confined social settings being free from any such requirement, whilst children find themselves masked between seven and nine hours per day, depending upon the distance they live from school and time spent on school transport.

“There is now a significantly clear body of evidence that the wearing of face masks is causing incremental physical and psychological harm to children and their development.”

Mr Atherton first wrote to the Children’s Commissioner Koulla Yiasouma on August 13, 2021, expressing concerns around children in Northern Ireland being masked in schools, which was not a position supported in England.

The Commissioner responded confirming she had not been consulted on this by the Department for Education and “while not in support, understood it”.

She agreed to keep the matter under review.

On August 18, 2021, the Department published guidance which “strongly recommended post-primary pupils wear a face covering at all times inside the school buildings”.

Mr Atherton explained: “This position was stringently enforced in respect of my client, and children were on occasion berated for failing to conform.”

Last month, representations were made to the Commissioner by a parental pressure group ‘Us for them NI’ which was established, reportedly to protect children from restrictions set down by the Department of Health.

In response to this the Commissioner indicated: “My position is that mask-wearing within schools must end as soon as possible and I shall continue to engage with the Department and Minister to ensure this happens.”

On February 7, the Commissioner published a report pointing to “a mental health epidemic affecting children”, noting referrals had increased by 24 per cent during the pandemic.

She acknowledged: “The evidence is now clear that children and young people have been disproportionately impacted.”

Mr Atherton drew attention to “tangible and compelling evidence” of discrimination by the fact adults can socialise in confined indoor spaces unmasked, whilst children remain masked in schools for up to eight hours daily.

The pre-action letter to the Commissioner noted the Minster for Health is seeking legal advice as to the significant easing of restrictions, however: “As of February 8, 2022, we are not aware that you have taken any action, nor made any direct representations to any Ministers demanding the immediate removal of face masks within post-primary settings, as forming a key part of the anticipated easing of restrictions.”

A deadline for clarification of actions and undertakings expired at 5pm on Wednesday, February 9, and Mr Atherton has confirmed he has been instructed to seek a Judicial Review grounded on the Commissioner’s alleged failure to discharge her statutory duty to protect and advance the rights of children.

He concluded: “Children have been failed by the Commissioner and children’s charities during the pandemic. No-one has advocated for them. They have been left voiceless and defenceless as restrictions were imposed and this has resulted in a mental health epidemic amongst the most vulnerable members of our society.”

The  Commissioner, who confirmed  receipt the letter in question and will reply within the statutory timeframe, said: “My position is that mask-wearing in education settings must end as soon as possible and in keeping with health advice.

“I shall continue to engage with the Department and the Minister to ensure that this happens. I also expect schools to take a commonsense and compassionate approach to the use of masks and accommodate young people who for health (mental, emotional or physical) reasons are unable to wear masks.

“My office will be very happy to advise any family who believe that their child’s school has behaved unreasonably.”