'Some processors are crying out for butchers and other operatives but are simply unable to find them within the local workforce. As the lifeblood of our economy we need this issue fixed' 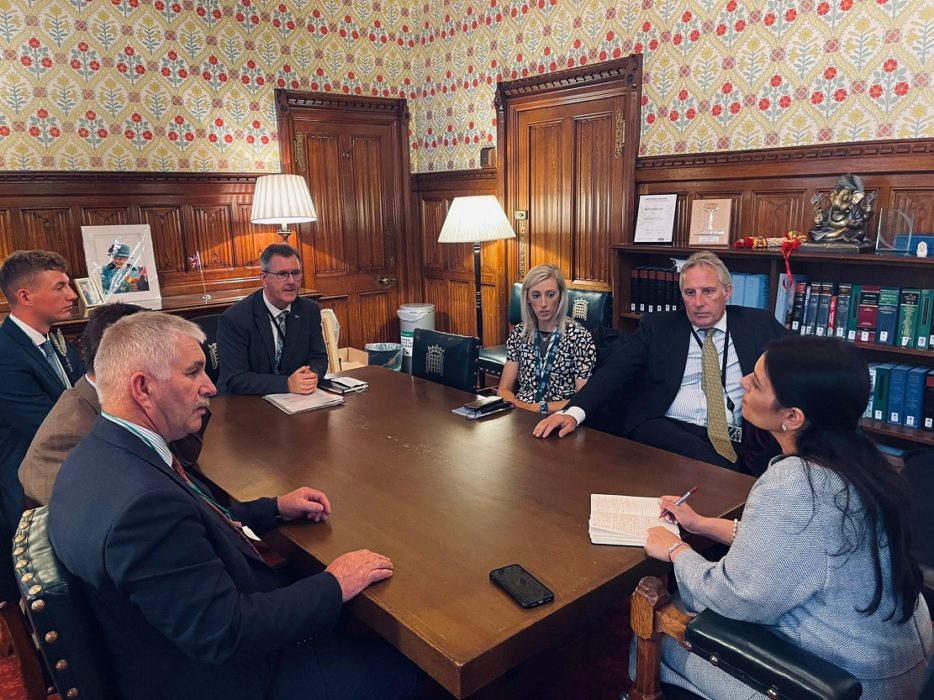 Farm labour shortages have been an issue for several years now but are thought to have become worse since Brexit has restricted the influx of seasonal workers.

The need for flexibility on immigration rules in order to address such shortages was discussed in a meeting between DUP representatives and the Home Secretary Priti Patel.

Speaking following the meeting, Carla Lockhart said: “This was an excellent opportunity to really press home the challenges facing the agri-food industry. Labour shortages are causing real and immediate stresses and strains within the food supply chain.

“The issues within the pig sector for example are well versed. It is important that the Government has a clear picture of the problem, and we brought potential solutions forward that we hope can be brought about soon.”

MP Ian Paisley commented that in order to ensure the most productive agri-food industry processes needed to be working at “optimum capacity”.

“That is not the case at the moment,” he said, “with some processors crying out for butchers and other operatives but simply unable to find them within the local workforce.

“As the lifeblood of our economy, we need this issue fixed for farmers and processors to ensure the industry grows into the future, with no unnecessary impediment to that growth.”

DUP Leader Sir Jeffrey Donaldson declared that the agri-food sector was the “backbone of our economy”.

He said: “As the UK’s trading relationships around the world recalibrate, I wanted to use this meeting to emphasise to the Home Secretary that the Government must use its independence from the EU to set rules which best suit our core sectors.

“That means they must be flexible. When sectors are lacking skills our immigration rules must be adaptable to take account of those pressures.”

The Party leader added: “I have also outlined to the Government the difficulties the Northern Ireland Protocol is causing and will be raising these directly with the Prime Minister in due course.

“We need permanent solutions which work. Not a Protocol which cut us off from the rest of the United Kingdom, our main trading partner. No more kicking the can down the road. Every sector needs certainty.”