A-lister was filming in the city 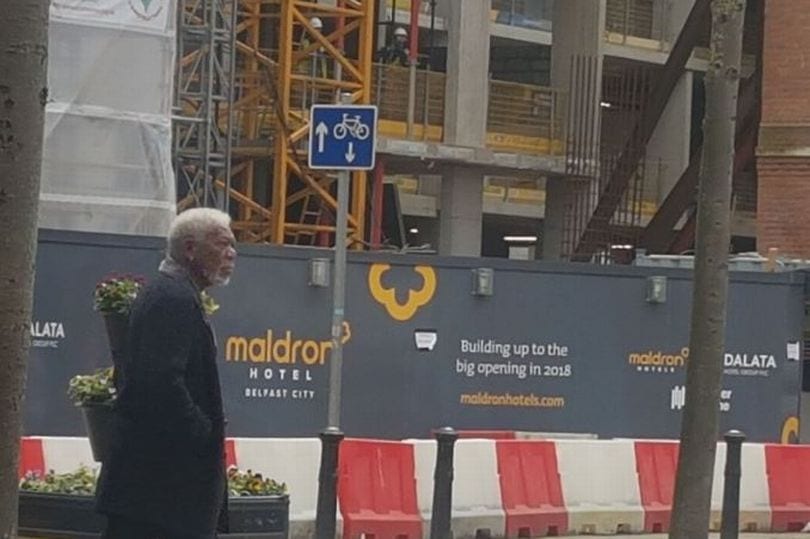 It’s not every day you see Hollywood royalty casually stroll past you on the street.

Morgan Freeman, of Shawshank Redemption and a million other movies, was spotted in Belfast City Centre.

It is understood he was in the city filming for a new movie (of course he was!).

Fans rushed to social media to share in their excitement with one witty remark making reference to the ShawShankill Redemption.

MorganFreeman in Belfast who cares about Syria also spotted these guys outside the Europa @SonsofAnarchy Again pic.twitter.com/0RGlPsamad